Coronavirus in the role of black swan 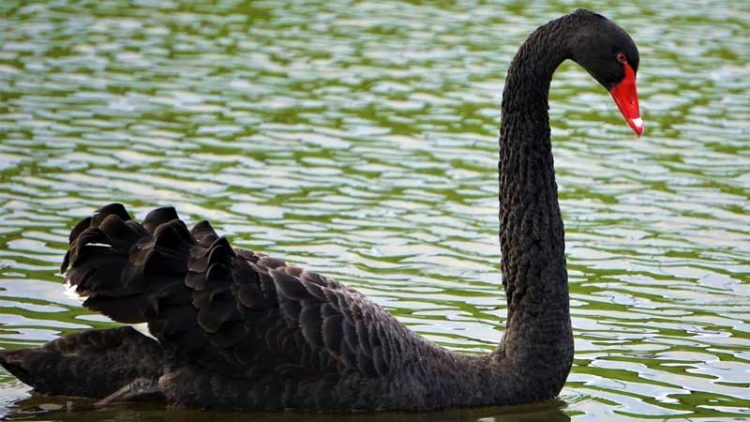 Sequoia sent ripples through the market and perhaps struck fear in the hearts of a large number of investors with its latest letter on coronavirus, but the viral panic in reality has been underway for weeks across the alternative investment arena.

One of the largest and longest running venture capital businesses, Sequoia says that it will take considerable time and maybe even several quarters before they are confident that the virus has been contained.

“It will take even longer for the global economy to recover its footing,” the team wrote. Adding that “monetary policy may prove a blunt tool in alleviating the economic ramifications of a global health crisis”.

The team points to a widespread questioning of assumptions, such as, marketing, private fundraising, headcount and capital spending. They note that in the 2001 downturn and that of 2009, private fundraising slowed considerably. In writing to hedge fund investors, third-party marketer Don Steinbrugge pointed out that the traditional metrics that investors rely on are indeed known to breakdown times of crisis, but do not last forever.

While some investors may feel they have no choice to stay the course, the impact on global business cannot be understated. A new survey from the Investment Management Due Diligence Association of more than 670 general partners in the U.S., Canada, Hong Kong, Singapore and London found that nearly one third (29%) said they are no longer conducting on-site due diligence as the impact of the coronavirus spreads.

A larger number of investors or 52% said they didn’t expect the virus to impact how they conducted due diligence. Still, allocators are watching the markets closely with good reason.

Goldman Sachs in its recent macro research summary stated that the firm expects a larger coronavirus drag on growth but expect the recovery to offset GDP by year-end. They are now predicting the U.S. Federal Reserve to drop interest rates by a total of 75 basis points by the end of June.

In early February, the team at Goldman Sachs estimated that the virus would take global GDP down by 2% in the first quarter, but now are predicting a steeper decline.

“Although uncertainty is a fact of life in forecasting, the current situation is much more uncertain than normal,” wrote Jan Hatzius, chief economist at Goldman Sachs. “Even if we had perfect medical foresight, it would be a challenging to derive the economic impact of the viral outbreak.”

For some managers, however, the impact has already been more acute.

Realized asset volatility driven by the spreading coronavirus surged in the last month, touching off steep hedge fund losses across regional equity and energy commodity markets, according to HFR.

The Chicago-based company’s China Index declined 3% in January as Japan fell 1.1%. The Shanghai Composite Index, which was down 8% at the beginning of February was down 2.4% in January.

Energy commodities and regional equity markets were the most effected by the virus contagion and have posted sharp declines and increases in volatility. Overall, the HFRI Emerging Markets (Total) Index declined 0.65% in January.

“Volatility has surged across asset classes to begin the year, as the contagion of the coronavirus spread from China into other emerging and developed markets impacting both global supply chain infrastructure systems as well as reducing aggregate demand as a result of uncertainty,” said Ken Heinz, president of HFR. “As the volatility spike has accelerated, panic and capitulations by investors have created asset dislocations which have created unique and expanded long/short and multi-asset opportunities for specialized emerging markets and Asian hedge funds.”

The virus doesn’t seem to discriminate between strategies either. Quantica Capital’s managed futures program was down 5.2% in February, bringing the systematic trend-following strategy’s annual net performance to -3.8%, according to a monthly investor letter obtained by Alternatives Watch.

While it seems as though the news will remain dire for some time, McKinsey noted that while China will recover first that the impact of the novel virus will be felt around the globe for much longer.

Executives at the research firm said they are expecting a slowdown in global growth through 2020. How that plays into an alternative investment firm’s strategy is still very much a matter of ‘wait and see’ in its approach.