I recently had the pleasure of discussing some intriguing investor research with Kelly K. DePonte, managing director/head of research at San Francisco-based Probitas Partners, a leading independent global placement agent and provider of alternative investment solutions. DePonte is also an Advisory Board Member of the Investment Management Due Diligence Association (IMDDA).

Probitas’ recent alternative asset investor survey, “COVID-19: Impact on Closed-End Alternative Investing,” contains a number of dynamic insights that can be gleaned about LP behavior and inclinations during this phase of the economic and health crisis we’re living through.

DePonte will be sharing the broader survey findings during an upcoming webinar, sponsored by the Investment Management Due Diligence Association. It takes place at on Tuesday, May 5, at 11:00 am EDT and features DePonte, Jennifer Choi of the ILPA, Sweta Chattopadhyay of bfinance, and Gordon Hargraves of Private Advisors. The webinar is free and more information can be found here.

Vailakis: Kelly, thanks for agreeing to connect with the Alternatives Watch readers, to share your recent findings.

While the financial press has quite actively compared the current economic downturn to the tech bubble burst 20 years ago and the credit crisis of 2008, one distinctive feature of the current situation, as pointed out in the recent LP survey you conducted, is its undefined length.

We could all go back to work in a month or two only to find that we need to shelter-at-home again, if a second wave of coronavirus erupts. Equally, in contrast to prior downturns, March equity market contagion wasn’t driven by finance industry factors like a bank or liquidity collapse, poor mortgage lending practices, or a dramatic change in market perception of an investment sector, but rather a health crisis for which the development of a vaccine could take awhile.

In the context of this month’s survey findings, did the respondents share anything that surprised you or did the data indicate a truly new direction in allocation patterns?

DePonte: The survey took the temperature of a number of institutional investors globally active in closed-end alternative fund investments. We wanted to see, among other things, if investors’ focus across these sectors had changed and whether there were large differences geographically. We compared their appetite in 2019 to the areas they said they were targeting this April. As we expected, interest in private equity remained strong, with little change from last year. However, fewer respondents were focused on real estate fund investing or performing private debt funds. Interest in the distressed debt/special situations sector, however, exploded to 50% more than 2019, and interest in secondaries, which was strong last year, increased even further.

We were surprised that interest in co-investments remained strong, with two-thirds of respondents targeting them in both 2019 and in April 2020. We had thought that investors might be less interested in co-investments because of the difficulty of performing due diligence, but that was not the case.

The results for most questions were fairly consistent across geographies and types of investors, though Asian respondents were much more interested in their home markets in Asia compared to other investors.

Vailakis: Most of the largely private equity investors that responded to your survey indicated that they will be moving forward with planned allocations to managers they’ve built in-person relationships with over the course of prior funds or recent multi-month due diligence processes. Such LPs are generally open to the more virtual efforts that are underway now, due to travel bans, etc., but only for the time being in the context of pre-existing in-person engagement. Clearly new emerging managers and launches stand to lose if this dynamic persists, with no in-person engagement between GPs and LPs currently available, but what other outcomes do you envision? Further, do you think the industry may shift more permanently to embrace remote due diligence methods?

DePonte: One thing we have noticed in talking to LPs is that in certain niche industry sectors or strategies that they think may be favored in this environment they are being a bit more flexible. There usually are fewer managers targeting these niches so there is not an abundance of choice, so they are willing at least to begin to engage to understand the opportunity.

As far as a permanent shift to remote due diligence, on the margin we may see some change in that direction, but not a wholesale movement. When investing in blind-pool funds, LPs are making a bet that key investment staff will be able to effectively work together as a team to not only make good investments in the future, but to actively and efficiently manage them over time. And if the LPs make a mistake in that due diligence process, the illiquidity of closed-end funds makes it more complicated to exit early to address the problem than it is in the public markets. Many LPs we chat with are frustrated with the remote process and see it as less effective in making key investment decisions. For them it is a bandage in a crisis and not a “brave new world”.

There are a few investors who do like remote due diligence as – in a normal environment – it reduces the burden of travel, but that feeling is not widespread.

Vailakis: The survey revealed a clear increase in distressed debt/special situations and secondaries investment interest, to be expected, while underlining that neither the ‘denominator effect’ on portfolio allocations nor internal liquidity issues seem to be major problems at this point. What current challenges, if evolved, would lead these two to become real concerns in six months time?

DePonte: If lockdowns due to the crisis continue for six more months or go through several waves over an even longer period without being mitigated by new vaccines, liquidity could become a major issue for investors if their cash availability becomes stressed. Though the “denominator effect” may be able to be better dealt with in this crisis through policy flexibility, liquidity is another issue entirely. And in a prolonged crisis, portfolio allocation may become more intensely focused on the issue of asset/liability mismatches rather than portfolio diversification.

At the moment, however, our state of knowledge of COVID-19 and the most effective ways of dealing with it are very much in the air – making an accurate forecast of the next six months impossible.

Vailakis: Your survey concludes that North Americans are more interested in diversity at the senior levels of investment firms when compared with their European counterparts, while Europeans are generally more interested in social impact funds and ESG. Do you think the crisis will increase LP interest in these topics?

DePonte: Probitas runs an annual survey of institutional investors on the trends that they see in private equity and what sectors they are targeting. Over the last five years we have seen a slow but steady increase in expressed interest in funds with strong ESG focus, though Europeans have been much stronger proponents than North American or Asian investors, as is the case in this COVID-19 survey. This survey does not show a surge in interest but a continued increase, though it is still early in the crisis.

Interest in social impact funds is modest – as it was in our last private equity survey – but that may also reflect that at this point there are very few institutional quality funds available, making a strategy focused on these funds more difficult to execute.

The focus on diversity is a newer concern as a broad issue, though certain U.S. public pension plans have had small programs pursuing this strategy for years. For various reasons, the underrepresentation – especially of women – in private equity and venture capital has become a larger issue over the last couple of years. Interest seems to be building in backing firms that include both women and ethnic minorities not only in senior investment roles but also in fund manager ownership, but it is still nascent compared to ESG overall. 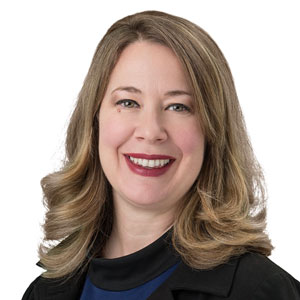 Nancy Vailakis is a 16 year veteran of the alternative asset management industry, having held prior investor relations roles at Cerberus Capital Management and BlueMountain Capital Management. Vailakis holds an MBA in Finance from the NYU Stern School of Business.

Citco opines on a year of HF turmoil and resilience