Investors see the sunny side of distressed investing 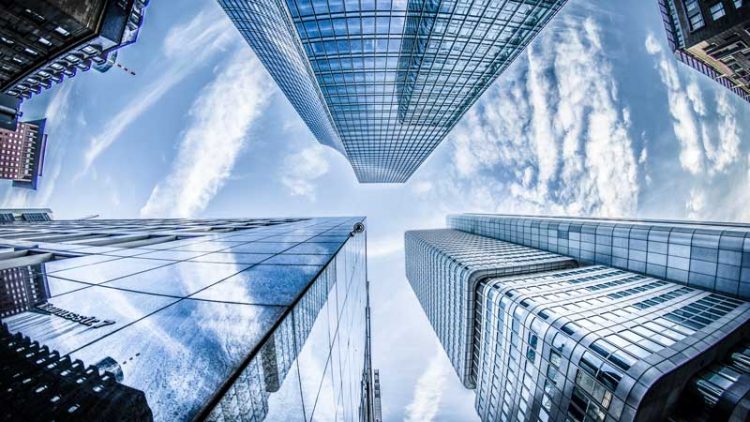 A couple of months ago, few investors would have predicted that distressed debt would have raised billions in a few short weeks.

After all, defaults were low, the stock market was hitting all-time highs and the market for distressed managers seemed to be slim pickings in January. However, March was a different story.

In April, Probitas Partners surveyed alternative asset investors and found that interest in the distressed/special situations sector had exploded by 50% since its’ 2019 survey. Overall, more than half (55%) of the investors surveyed by the placement firm indicated an interest in the space.

“You don’t have to be early to distressed,” said Tristan Thomas, director of portfolio strategy at 50 South Capital.

The Chicago-based fund of hedge funds is expecting to put up to $500 million to work within its $2.7 billion hedge fund portfolio as and when opportunities arise in coming months.

He said ideally investors have another 12 to 24 months of a robust opportunity set with the distressed situations working out over a number of years.

The nature of the opportunity set is different from the global financial crisis in that unlike having a liquidity crisis it is a health crisis, he added. That said the magnitude of the response is different too in that the action from central bankers and governments is dwarfing what we saw in the last big recession.

The actual mechanics of how investors will structure their investment will likely be similar to what it was in 2007 and 2008.

And perhaps more importantly, there are more funds raising money this time around. Large asset managers in particular have raised billions, including PIMCO and Oaktree Capital Management.

Many are raising sidecar vehicles to add capital too, said 50 South’s Thomas. Sidecar vehicles are typically less liquid and come with better fees, but for the investor it allows for more concentrated exposure to distressed opportunities.

For managers it helps too in that it offers a better way for them to raise assets and then wind down in a timely manner.

Other investors are considering distressed assets too, including SkyBridge Capital, which allocated $170 million to the Canyon Balanced Fund on April 1.

Anthony Scaramucci wrote in a recent investor letter that the firm had been waiting for a distressed credit cycle to make an allocation to Canyon and that recent events produced such an opportunity. Also, in New York-based fund of fund firm’s favor is a substantial March drawdown at the fund that provided an attractive entry point, according to Scaramucci.

Meanwhile, pension funds have been adding distressed mandates to newly established opportunistic credit portfolios. This includes the Texas Employees’ Retirement System, which announced the roll-out of a new allocation to unique or niche credit strategies relative back in March.

The pension fund intends to focus on three or fewer investments accounting for no more than $300 million or roughly 1% of the system’s assets.

In terms of return expectations, Texas ERS is aiming for 6.5% annualized gains, but investors overall are treading carefully as while the funds being raised are in the billions the opportunity set may be much smaller.

According to Thomas, larger managers chasing smaller opportunities could lead to a diluted set of returns.

In fact, in certain areas such as Term Asset-Backed Securities Loan Fund aka “TALF 2.0” – they are experiencing lower returns than during the global financial crisis just due to the nature of the volatility in the markets, he added. The sourcing of the winners in distressed depends both on the size and nimbleness of the manager as well as that manager’s experience of the 2007 and 2008.

At consulting firm NEPC they have been watching TALF 2.0 closely. The central bank’s offering of inexpensive, nonrecourse leverage adds luster to a usually dull part of this market by enhancing its return potential, wrote Kevin Bliss, senior research hedge funds analyst at NEPC.

The timelines of spread tightening and defaults, and the performance of the individual debt issues will determine the success of TALF this time around, according to NEPC, which has had calls with asset managers to discuss the investment potential.

They too expect investment vehicles will be set up as shorter-dated drawdown funds, like the fund structures used by strategies pursuing opportunistic credit, private debt and private equity.

The financial crisis legacy that is TALF may have fell short of expectations. But NEPC said that the timelines of spread tightening and defaults will determine the success of TALF this time around.

The size of TALF is still up in the air too. In 2009, the Federal Reserve earmarked up to $200 billion, but only wound up deploying around $71 billion. Currently $100 billion has been set aside for TALF, but like last time, NEPC added that there is no guarantee all the capital will be put to work.

“Prospective limited partners should be diligent in their manager selection to ensure that their committed capital is ultimately invested,” wrote NEPC’s Bliss.

That said the opportunities seem to be plentiful at the moment. And investors seem to be eagerly awaiting on the sidelines.