Commodity trading advisors (CTAs) have a track record of performing well when equities — and much else — is on its way down the proverbial drain. In the period 2000-2002, in 2008, and in the first quarter of this year, CTAs have done well.

So, one might think it a given by this time that CTAs are a good idea for an institutional portfolio, as a hedge against letting the portfolio become a lunch for the bears in the forest. Nonetheless, as Don Steinbrugge of Agecroft Partners observes in a recent white paper, CTAs continue to face a wall of suspicion. Investors are concerned that such fund managers use black box models that amount to “smoke and mirrors.”

Despite naysayers, though, the advocates have helped grow the strategy to the point where it constitutes roughly 10% of the market share of the hedge fund industry. According to BarclayHedge, it has $318 billion in assets under management (AUM).

Steinbrugge looks at the strategy and concludes that the growth of the AUM in this space has been justified by the facts.

The CTA market is very competitive. Investors can choose among 1,000 offerings. In broad terms, they are all quantitative strategies that buy or sell the derivatives of four primary markets: Commodities, currencies, equities, and interest rates on sovereign bonds.

Some of the CTAs are specialized, others allocate across many of the more than 140 submarkets involved under those four broad headings. Some are technical, others are fundamental. Some have a short-term orientation, turning the portfolio over daily or intra-day. Others are medium or long-term oriented – thinking in terms of months rather than hours.

After explaining these foundational points, Steinbrugge looks back to 2008-09. It took a while for pension funds and other institutional managers to realize how hard they had been hit.

In early 2009, such managers received figures on the previous year and discovered that their emerging market equity managers were down over 50%. The DJ-UBS Commodity Index was down 35%. The average hedge fund manager was down too, less drastically but in the high teens. The sources of supposed hedges against the traditional investments had instead proven to be additional wounds.

But the Barclays CTA index for 2008 was up more than 13%. It was a bandage, not another wound. A more technical way of stating this is that CTAs are positively skewed: they are positively correlated to the equity markets in good times and negatively correlated in bad times. Managers can structure for this positive skew by using stop orders to reduce downside exposure and by following trends to get the upside returns.

To get a little wonkier, we can describe the skew of a distribution of portfolio performance as the “third moment,” where mean is the first moment and variance is the second. Skew is easy to calculate for anyone who knows how to use Excel. It is defined against 0. A skew of between -0.5 and +0.5 is normal. A skew of between 0.5 and 1.0 is “mildly skewed” on the positive side. Above 1.0, the distribution is skewed without adjective.

So (one might naively think), should pension fund managers simply look for a track record of positive skew as a cue to their addition of assets to a portfolio? Buy that +1.1 skewed asset! Not necessarily. There are issues with this metric. For example, some have complained that it is overly sensitive to outliers.

Nonetheless, Steinbrugge is surely right that positive skew is part of the reason the AUM of the CTAs has grown in recent years.

He suggests that investors who are considering adding CTAs to their portfolio, or adding to the allocation already there, look at it not as an opportunity for market timing as particular CTAs come in and out of favor, but as a long time-horizon play. 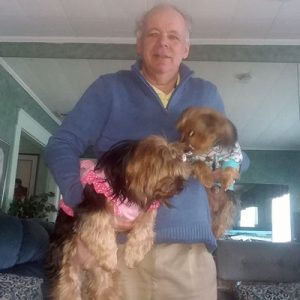 One Chicago-based platform is ready for the managed futures boom