Opportunistic private equity and private credit were distinctly the flavor of the month as a series of mega funds launched by large, established players easily hit their fund-raising targets.

Technology funds also garnered interest as the ongoing health crisis has driven powered interest in the sector, while the ease of raising money virtually also shed light on some long lasting trends we could see going forward in the alternatives industry.

As Blackstone’s chairman Steve Schwarzman put it on the company’s recent earnings call, firms with established LP bases are finding it relatively easy to transition from in person meetings to Zoom calls, while some alternatives placement agents are actually saying post-COVID, parts of the capital raising process have become much more efficient as the process has moved online.

However, with over $40 billion raised during the month, the data seems to suggest that established managers are taking the lion share of the wins at this point.

“The strong support from my private equity colleagues and the entire Ares organization has enabled us to pursue our vision for a flexible stressed/distressed strategy that we believe positions us well across different market environments,” said Graves, partner and co-head of Ares Private Equity Group and head of special opportunities.

Ares Special Opportunities Fund (ASOF) attracted capital from more than 70 limited partners from North America, Europe, Asia and the Middle East. Investors included pension funds, sovereign wealth funds, insurance companies, endowments, family offices and private banks. Half of the investors had invested previously in another Ares fund and that group accounted for more than 80% of the new fund’s committed capital.

KKR also managed to gather $4 billion for its dislocation strategy, with its KKR Dislocation Opportunities Fund holding its final close on May 19. The fund included commitments from more than 20 new institutional investors to KKR and more than 40 new investors to KKR Credit. Officials said a major wealth management platform also contributed to the fundraising.

“KKR’s integrated global platform empowers us to access a deep pipeline of opportunities and recent market volatility has created the chance the invest in high-quality companies at attractive prices and with strong downside-protection,” said Chris Sheldon, head of leveraged credit. “We are grateful for the trust of our investors which enabled us to immediately deploy a significant amount of capital into the March sell-off.”

New York-based Apollo Global Management closed its Apollo Accord Fund III B with $1.75 billion in commitments, showing the popularity of its dislocated credit strategy. The latest in Apollo’s flagship Accord series that began in 2017, the fund’s capital commitments were raised over approximately eight weeks due to institutional demand for strategies amid the volatility and deteriorating market conditions seen in the first quarter.

One the fund’s investors is the C$70 billion Investment Management Corporation of Ontario, which committed C$250 million to the new fund.

Houston-based The Sterling Group also closed its Sterling Group Partners V, which was oversubscribed and closed at its $2 billion hard cap over a four-month span, with the majority of the capital committed by returning investors, though several new investors helped the fund expand its base in the U.S., Middle East and Asia.

“We believe this is a testament to our strong investment team, platform and focus on traditional and non-traditional real estate, as well as our strong and consistent historical performance,” said Steven Orbuch, founder and president of Sculptor Real Estate, about the most recent fundraise.

During the period, alternatives platform CAIS also reported more than $10 billion in transaction volume, and that total transaction volume has increased by over 30% year-over-year. Over 350 unique advisor firms/teams accessed a broad universe of strategies, including private equity, private credit, real estate, hedge funds, and structured notes this year alone. The firm attributed its focus on technology and virtual engagement during the pandemic as being a driving force in the firm’s current success, according to officials.

“In the current environment, the secondaries market has a crucial role to play in providing institutional investors with liquidity,” said Vincent Gombault, member of the executive committee and head of Ardian Fund of Funds. “It is a vital tool for pension funds and investors in how they allocate investments in private equity.”

The firm said that investors are looking to rebalance private equity portfolios and seek yield opportunities amid the global COVID-19 pandemic.

New York-based Balbec Capital announced its fourth global credit fund’s successful final close, which exceeded its fundraising target, as has been the case with a number of other private credit funds this year. InSolve Global Credit Fund IV closed with total commitments of approximately $1.2 billion, making it Balbec’s largest fund to date.

Overall credit and distressed funds remain in high demand in the current market environment. Alternatives Watch tracked more than $23 billion in credit-oriented product launches in April, and roughly $12 billion in fundraising in the space in May in our AW Scorecard. 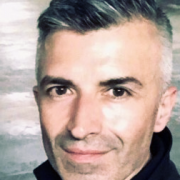 Craig Allen is Managing Principal at Allen & Associates, a financial services consultancy and has 20-plus years of experience executing communications programs for mutual fund, alternative and multi asset solutions investment companies and was previously a journalist covering alternatives at Institutional Investor.