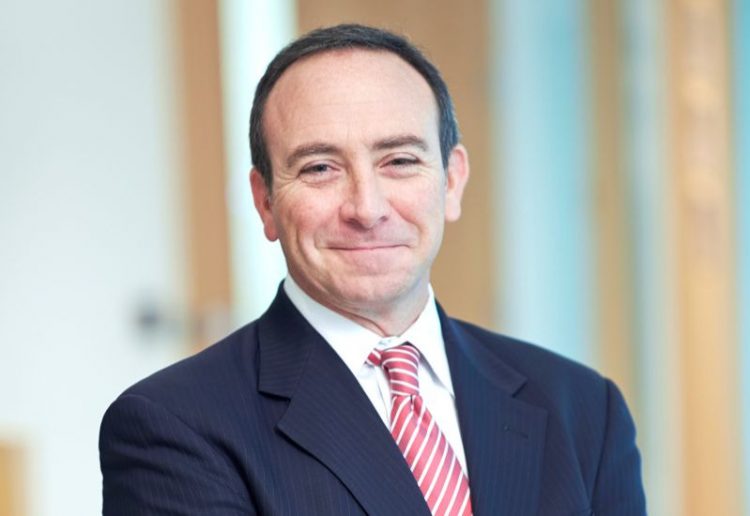 Fossil fuels are dirty, harmful, and the cause of air and water pollution and global warming. We all know change is a must, but few infrastructure firms are seeking to address and profit from the solution.

The timing for the launch is reflective of the fact that in this election season both Democrats and Republicans have called for increased infrastructure spending.

The “big and bold” $2 trillion White House infrastructure investment plan has made headlines. With the right financing mechanisms, the whole space can be energized: private capital, public capital through stocks and bonds, as well as public/private partnerships in a risk-sharing arrangement with private developers, according to Capital Innovations.

A good example of would be the strategic partnership between Brightline and Virgin Group to reinvent the American passenger public rail service.

“We are entering an exciting period of multiple opportunities to invest in sustainable and renewable infrastructure where investors can generate financial returns while allocating capital in a thoughtful and sustainable manner,” said Capital Innovations CEO and CIO Michael Underhill. “Investing is a marathon, not a sprint. It is all about creating a sustainable pace.”

He founded the Milwaukee area firm in 2007 after working at large global asset management firms such as Alliance Bernstein and Invesco.

The firm has advised on over $8 billion in infrastructure, real estate, and natural resources investments in the private market over the years. Factoring in the different scenarios in clients’ assets, portfolio and vintage year, Capital Innovations has brought in average investment returns ranging from 10% to 20% in sustainable real asset portfolios for the clients.

“I am always focusing on infrastructure, and doing more with less which is really at the heart of sustainability,” said Underhill.

While we are all aware of our reliance on carbon-producing energy, as of this moment, fossil fuels are still powering more than 80% of the world’s growth engines, according to the firm.

Asking people to turn into Buddha overnight and be cool with saying goodbye to our comfortable and abundant modern lifestyle is unrealistic, if not delusional, and will certainly be resisted. The $1.9 trillion bank loans extended to the oil and gas drillers and coal mine owners even when they are losing money is not so much about greed and irresponsibility, but fear and helplessness about finding feasible alternatives, according to critics.

Instead of vetoing the whole traditional energy industry and starting from scratch, Capital Innovations has bet on established but conscientious players that are taking solid steps transitioning to sustainable energies. Dominion Energy is one of such cases in the firm’s robust portfolio.

“Being able to invest $500 million in wind energy in the Northeastern corridor,” said Underhill. “Our clients are taking part in one of the biggest transformations of renewable energy of this decade.”

Dominion Energy’s history dates back to 1800s. In about 200 years it has grown into one of the largest producers and transporters of energy on the east coast with 7 million customers in 20 states. Dominion Energy is one of only three utilities to reduce their carbon intensity by more than 40% since 2000. In July 2020, Dominion Energy sold all its natural gas assets to Berkshire Hathaway for $10 billion, speeding up its goal of comprehensive net zero carbon and methane emission by 2050.

“This is being done by a utility that admittedly has a track record of using hydrocarbons and creating pollutions,” added Underhill. “It is cleaning up its environmental footprint and creating renewable high wage jobs in an era when unemployment continues to challenge the average workers.”

Dominion Energy has generated an aggregate return of 85.70% since 2012, its offshore wind development could create up to 37,000 jobs in Virginia.

Accelerated infrastructure investment is believed to the central driver in the new economic growth era, together with technological innovation and increased resource productivity. But it is easier said than done. Currently, little investment is engaged, but excess capital has flown into a small group of the largest funds, according to Underhill.

Scarcity of core infrastructure assets in the meantime is sidelining billions of dollars of dry powder. The two-tiered fundraising and deals market and record high valuations is magnifying risk in this intrinsically risk intensive space.

“Risk is multifaceted like a diamond,” observed Underhill. “It can be particularly attractive if you can measure and manage it and be adequately compensated for it. The question is if the investor has the ability and the conviction to make informed choice.”

To make an informed choice, first it takes adequate quantitative and qualitative data. Capital Innovations’s trademarked InSight process was the tested result to this end. It applies a quantitative framework to large sets of investment manager data, and rate investment opportunities on seven factors: business, staﬀ, investment process, investment risk, performance, terms/conditions, and operations. Depending on the rating results, projects are either given green light or sent to further due-diligence process.

Once the target is carefully chosen, it “takes experience and judgement by both investors and their advisers” to successfully implement it. Capital Innovations “creates bespoke investment solutions to deliver the optimal vehicle and liquidity preference that meet the exact needs of the clients,” said Underhill.

For clients, such as the California Public Employees Retirement System implementing Liability Driven Investment programs, a liquid vehicle through a fund structure or separate account is the best.

Conversely for clients like China Investment Corporation, the world’s second-largest sovereign wealth fund with $1 trillion AUM and Abu Dhabi Investment Authority, one of the world’s largest institutional investors, focusing on longer term investment horizon instead of liquidity, the optimal solution could be primary or secondary fund investment, as well as direct and co-investments.

According to Swiss Re’s research, emerging markets will invest $2.2 trillion in infrastructure annually over the next 20 years, comparing to about $400 billion that the U.S. spends each year on domestic infrastructure. “The U.S. is a non-performing student; it has an antiquated infrastructure system that hasn’t been maintained and upgraded,” Underhill added.

Analysis of the fittest: A new era of operational due diligence

Tacoma tacks on $100m to its core RE portfolio