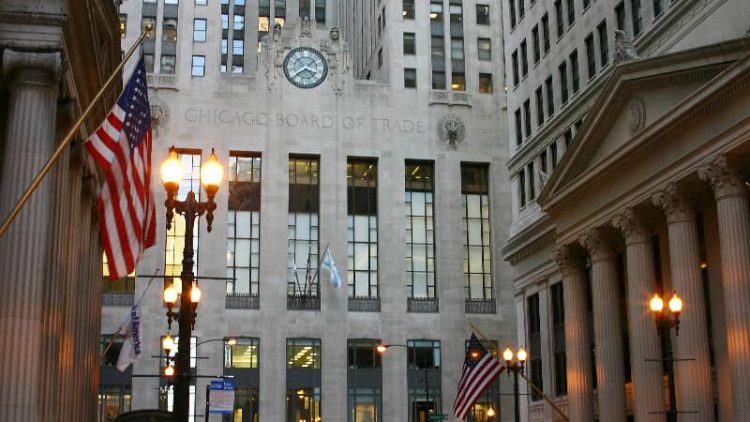 Chicago Board of Trade via Wikimedia Commons/CC BY-SA

This year has been a challenge for many managers, with CTA traders seeing a wide dispersion of returns in recent months.

According to HFR, macro strategies in general held on to narrow gains in August as U.S. interest rates increased. Commodity gains, thought, were offset by trend-following declines with the overall macro index only gaining 0.1%. Meanwhile the HFRI Macro: Commodity Index advanced 2.4% in August, extending a year-to-date return of 6.5%.

Coquest Inc. in its latest ranking as part of its CTA Challenge found that AG Capital Investments has consistently kept the first-place ranking since the end of the first quarter. For the year-to-date through August the strategy is up 43.6%.

The Boston-based CTA firm invests in fundamental, long-short strategies across equity index, interest rate, currency, and commodity markets and was founded in 2014 by Asim Ghaffar, who previously was at Cambridge Associates. He was joined in 2015 by Axiom Capital’s Roger Dowd.

“What we are seeing is that liquid alternative investment programs which excelled in the current environment at the beginning of the year, compared to their peers, have continued to excel and outperform during these uncertain and volatile times as the months roll on,” wrote Michael Lock, director of brokerage at Coquest, which sponsors the ongoing ranking of CTA firms, which currently includes 115 participating firms.

The financial and commodity market has performed in unexpected and volatile ways over the past six months, according to Coquest.

“It is a trader’s game and skill is taking over from luck from those who are generating good returns this year,” Lock added.

Chicago-based Breakout Funds LLC has returned 16.67% for the 12 months through July 2020, maintains a second-place ranking. Breakout’s strategy is a quantitative global macro approach with discretionary short-term concentrated trades in the futures markets.

In third place is Balorca Capital, which broke into the top 10 ranking in May and has held its position since then. For the year-to-date through July, the strategy is up 42%. The systematic, quantitative and focused strategy trades NASDAQ-100 futures exclusively.

Revolution Capital’s global alpha program has held its position in the top four spots throughout 2020 and is currently in fourth place. Through August, the investment strategy that includes commodities is up 24% for the year-to-date.

Lastly, in fifth place is systematic global macro strategy Metolius Capital, which started March in eighth place and has moved up to fifth place in July. For the year-to-date the fund is up by more than 13%.

Svelland takes on shipping as the new energy play

BlackRock assets soar with $30bn in alts growth in 2021

A mixed verdict: No real light on Bitcoin’s origin