That catchy tune you cannot seem to get out of your head is probably worth more than you ever dreamed of. And that’s why investors are looking to cash in on lucrative royalties as music fills more of the nooks and crannies of our technology-saturated lives.

The growth in new content from Amazon, Netflix, Hulu and others provides increasingly favorable market conditions. In addition, music is a major component of new business models that have recently reached settlements with the National Music Publishers’ Association (NMPA), the trade association representing all American music publishers and their songwriting partners.

In February, the NMPA settled the lawsuit it brought against Peloton last year. It has also struck a global licensing deal with TikTok, an app that has been downloaded more than 2 billion times since 2017, according to mobile-data research firm Sensor Tower. This agreement corrects for TikTok’s previous use of copyrighted music and includes a fee to be paid for the unlicensed usage of members’ publishing in the past. Other new media platforms in which music is a significant part of the business model, such as Instagram, YouTube and Reels, continue to grow and will continue to generate royalty income for copyright owners.

The dearth of live music during the pandemic has created a tipping point for songwriters to sell some or all of their back catalogues to generate cash. For experienced investors in music publishing, there is no shortage of pipeline. We are seeing opportunities in most genres, including rock, rap, hip hop, country, jazz, blues, Motown and heavy metal, with many catalogues coming to market.

Music publishing rights are long-duration assets, typically lasting 70 years from the death of the last living member of a songwriting team. The underlying property rights of a song and the master recording rights are the intellectual property of a sound recording where a copyright has been created once a song has been recorded or written into sheet music. These rights have further protection once registered with the U.S. Copyright Office and are legally protected by the US constitution and the Berne Convention for the Protection of Literary and Artistic Works.

Music provides meaningful risk-adjusted returns and produces predictable, growing, annuity-level cashflow streams in the form of royalties that are paid quarterly. The duration of the asset ensures sustainable and consistent revenue over the long term. We have found that music rights also have a low correlation with the returns of most traditional and alternative asset classes.

According to recent Goldman research, recording music generates approximately $20 billion annually in global revenue and music publishing generates around $8 billion. Goldman Sachs has forecast a 6 percent compound annual growth rate between 2019 and 2030, reaching $140 billion in global music revenue by 2030. This is despite a 25 percent decline in global music revenue this year, largely because of the lack of live performances during the pandemic. However, streaming revenues have displayed 18 percent year-on-year growth, with services such as Spotify, Apple Music and Pandora increasing their market share.

Technology is leading a shift from offline to online that will only be of benefit to the royalties investment industry. Growth will be driven by social media and new business models that rely on music, by paid streaming and by the growing demand for content, live music and ever-increasing licensing opportunities. New sources of music revenue with the surge in streaming have led to improved royalty collections. Yet we are still in the early stages of the streaming transformation and the penetration of these services.

There are more than 400 music streaming services globally according to the International Federation of the Phonographic Industry. The major platforms, such as Spotify, Pandora and Apple Music, only operate in 79 markets — compared with the 194 in which Netflix is present. In April, Apple announced plans to expand into 52 new markets and last year Byte Dance’s Russo launched in India and is anticipating entering Brazil and other streaming markets.

Streaming subscriptions, including for video streaming, should continue to be resilient and accelerate in both developed and emerging markets. According to Goldman, only 8 percent of smartphone users across the world pay for streamed content, so there is significant room for growth. China and India have massive addressable markets. China had only 40 million paid subscribers in 2019, 6 percent of monthly active users, compared with 22 percent online and 30 percent of active monthly users in mobile games. India accounts for less than 1 percent of global recorded music revenue, despite having a base of 200 million streaming users.

Digital platform services such as Spotify will sustain their growth and continue to collect music royalties worldwide. As more devices of all sizes continue to be produced, more music will be played, thereby creating a steady increase in music royalties.

Current market conditions have also led to an increase in growth. The absence of live music and fewer new releases have shifted focus to existing music catalogues in today’s ‘stay-at-home’ climate, which has led to greater content viewing. And music is a key component of all content streaming.

Owners of music publishing rights have even greater opportunities to expand “synchronization” and place songs in films, television shows and commercials. This potential for added value from active exploitation includes territorial expansion into new markets, pro-active licensing, renegotiated agreements and other monetized uses. The entertainment streaming economy also appears to be quite insulated from problems in the wider economy, especially during these self-isolating times.

However, investors generally want to acquire ‘blue chip’ songs that are popular and earn steady levels of royalties across various media streams and are focusing on movies, television, and on-demand streaming. The owner of the copyright will look to continue ‘syncing’ the song into more opportunities once it has been acquired. Some of these music publishers and copyright owners have their own in-house sync teams, which enables them to have greater control over their assets.  One such business is Round Hill Music, a New York-based music publishing investment firm that acquired and then built out its internal sync team to ensure all earnings lifecycles were addressed.

Institutional investors can evaluate the earnings lifecycles of songs from release to peak to steady state (generally seven years from release). Earnings lifecycles include music in films and television, again from release to steady state, and as a result increasingly have a place in portfolio allocations seeking credit and income exposure. We believe that talented managers are well positioned to capitalize on this opportunity to acquire music copyrights and the accompanying non-correlated income streams.

Although traditional live music has currently taken a back seat, music publishing has emerged from a period of digital disruption and is poised for significant growth. Moreover, the successful IPO of Warner Music Group in the middle of the pandemic shows that investors are viewing the modern acquisition marketplace for music rights as a feeding frenzy with significant dollars waiting on the sidelines looking to find a home.

With the structural shift of streaming and syncing music gathering pace through the pandemic, the music publishing industry continues to show strong growth, while also proving resilient in difficult economic environments. 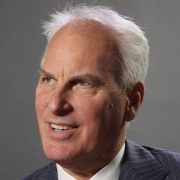 AW Deal Watch: Over $15bn in alts deals for week of May 9