When Daniel Rummery co-founded the Latin America-focused advisory and capital placements firm Brunel Partners, his adopted country — Brazil — was in the midst of mass protests fueled by an economic downturn and an ever-widening corruption probe.

That was in 2015. Since then, Brazil has been through a messy impeachment (or legislative coup, depending on whom you ask) and the meteoric rise of Jair Bolsonaro, the polarizing populist dubbed “the Trump of Tropics.” And while the country did claw its way out of a recession, its GDP growth rate remained stuck at an anemic 1.1% in 2017-2018.

Not surprisingly, many international investors who’d grown bullish on Brazil during the commodities-fueled economic boom (and socio-political stability) of the Lula years started singing a different tune in the 2010s — a sentiment neatly encapsulated by these The Economist covers from 2009, 2013 and 2016.

But Rummery is in no hurry to pack his bags and leave São Paulo for his native UK; in fact, he sounds utterly unfazed by Brazil’s recent struggles. “It’s not like this environment and having unrest is something new” to Brazilians, he says. “It’s just part of all the cycles they go through.”

The fact is that while Brazil’s rise as a consumer economy may have hit the brakes, there’s plenty of room for growth in alternatives. And while the underlying factor behind the pivot to alts is the same everywhere — low interest rates sending investors on the hunt for higher yields — the gap that needs to be filled is particularly large in Brazil.

As the failure of an economic plan that included the introduction of a new currency (the cruzado) set Brazil on the path to hyperinflation in 1986, capital started to flee the country. To stem the flight and shore up interest in government bonds, the Central Bank of Brazil had to get creative. Among other innovations, Treasury Bills indexed to the Selic overnight interest rate — which was soaring — were introduced in 1987. This development enabled the banking system to devise an array of private, indexed financial instruments that would yield interest literally overnight.

Although interest never kept up with inflation, for family offices and individual investors who had large sums to play with, “the overnight” market — as the locals called it — was a reliable source of high returns for decades to come. While Brazil has managed to keep inflation down to single digits since the introduction of the real currency in 1994, interest rates remained abnormally high over the years, to a degree that international economists struggled to understand it.

That finally changed during the Michel Temer administration. Temer, who served as leftist Dilma Rousseff’s vice president and took office after her impeachment in May 2016, inherited a cratering economy that had recently lost its hard-earned investment grade status from all three major rating agencies. Faced with few options to stimulate growth and little to no inflationary pressure, the Central Bank began to aggressively slash the Selic rate.

Alternatives to the rescue

Rummery, a Bournemouth University graduate who started his career in hedge fund sales, moved to São Paulo in 2012 to launch Latam Capital Partners, a regional placement agent. About three years later he joined forces with Timothy Chamberlain, a fellow Briton who’d been running a São Paulo-based regional placement firm of his own since 2013. From the merger of Rummery’s Latam Capital and Chamberlain’s Cabrera & Co. was born Brunel — named after Isambard Kingdom Brunel, an engineering whiz considered one of the most notable people to have been born in Portsmouth, where the firm’s co-founders attended college.

There are two sides to what they do. The first is working with funds such as Siguler Guff and Jive to bring money to the region. The other — and here’s where local interest rates come into play — is raising money from Brazilian investors for placement with international funds. “There’s not many groups doing what we’re doing, so we’re very specialized,” Rummery says. “We have a team that works with 82 single or multi-family offices here in Brazil.”

As long as high interest rates provided these investors with what Rummery calls “easy lunch,” there was no need for them to look at alternatives other than from the standpoint of diversification — in fact, some investors used to be resistant to alternative strategies, he says.

“That has changed dramatically over the past 12 to 18 months,” Rummery says.

The timing is not coincidental; 18 months ago, Brazil’s interest rates stood at the then-record low of 6.5%, and by the end of 2019 they were down to 4.5%. Then came COVID-19, which hit Brazil hard and led to further rate cuts. The current Selic rate — 2% — is almost unfathomable by Brazilian standards.

Putting money to work outside Brazil

In response, many high net worth investors are turning their backs on “the overnight” and government bonds. “We’ve seen some families offices shift from having kind of 5-10% exposure to their their portfolio be international to having over 50-60% invested abroad,” Rummery says. In some cases they are directly investing with managers based outside Brazil “for access to the kind of Cayman/Delaware structure that a U.S. manager might have,” he adds.

But not all investors have that level of access, while others are averse to going international all the way. Brunel is catering to this clientele by working with Siguler Guff to set up and structure a local feeder which would then invest in U.S. funds. “This allows local investors to invest in reais, and some investors have a strong preference for investing that way,” Rummery says. “And you can see that’s also what XP have been doing.”

He’s referring to Nasdaq-listed XP Inc., whose São Paulo-based XP Investimentos has been setting up Brazilian investors “with a lot of foreign products such as Oaktree and Aberdeen and Ashmore, where they create feeder funds here in Brazil for their clients to be able to invest directly into those funds.” And coincidentally or not, Forbes recently reported that XP Inc’s shares were surging, sending founder Guilherme Benchimol’s fortune over the $3 billion mark.

Indeed, for all that talk about Brazil’s tanking economy, there is a lot of money going around; Rummery estimates about 50 of the more established family offices Brunel works with have about $300 million to $500 million in assets. Most of these offices are concentrated in São Paulo, while the remainder is based in other major cities in the South and Southeast — Rio de Janeiro, Belo Horizonte, Curitiba.

Much of this is old industrial capital looking for the next big thing. “They see all these companies with big valuations, like Uber or Nubank being valued at $10 billion dollars, and many of those family offices were very slow to get into venture capital here in Brazil,” Rummery says. “But now they’ve started to see, ‘wow, there’s huge things, huge wealth being generated in that sector,’ and therefore they have aggressively been investing into venture capital funds that we work with.”

Brunel has been working with Manhattan Venture Partners on late-stage venture deals. “We did some deals involving Uber, Lyft, Airbnb, SpaceX and other big companies like this, which the investors want to have access to these kind of big-name companies but have to do it through a secondary transaction.”

Speaking of tech, Rummery says Brunel has been doing “a fair amount of business” with younger investors who are raking it in thanks to the local start-up scene (Rummery is an investor in several Brazilian startups himself).

So there’s a new generation getting on the alts train, and that’s not all that’s left for Brunel to tap into. “We haven’t been very active with pension funds just yet in terms of raising money from them because the market has not been there,” Rummery says. “But we would expect to be much more active on that side in 2021.” 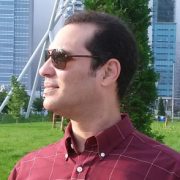 Sergio Barreto is about 70% journalist, 30% tech geek. As an editor for The ABIS Group, he produces daily newsletters for leading healthcare and technology companies. With BMV Digital, he provides WordPress-based web developments services. Here at Alternatives Watch, he wears both hats - handling IT and occasionally writing about the intersection of alts, healthcare and tech.

Vinci raises one of the largest REITs in Brazil