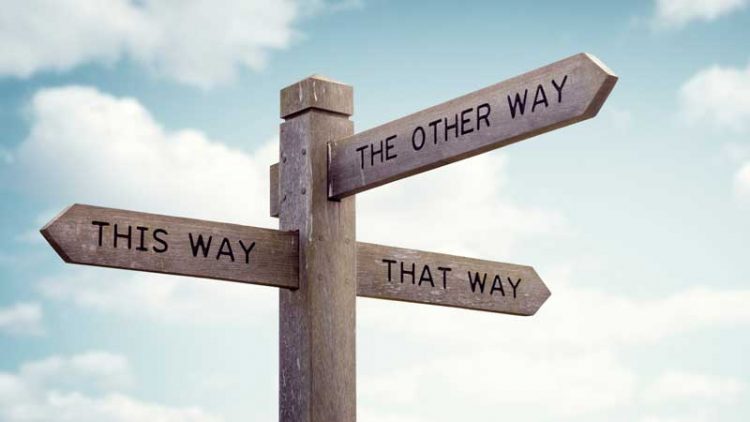 While most managers tend to shy away from political punditry, it seems in 2020 we all feel as though we are prognosticators from our living room couch. So why not alternative investment managers, who say — yes, it is different this time round.

Alternatives Watch took a look at what impact alternative investment professionals see coming out of the U.S. presidential election results that we may or may not have until well after the polls have closed.

Long/short equity managers have been reviewing their positioning to try and make sure they are neutral on the outcome. The considerations they have include company, sector and factor exposures, said Jim Neumann, chief investment officer of Sussex Partners in the U.K.

“The general points of concern amongst managers centers on the ability of global economies to recover from the pandemic, the possibility of inflation rearing its head given the massive stimulus, the tech bubble being brought down to earth, China policy, and in which direction globalism heads,” he said.

Meanwhile, fund of hedge fund firm K2 Advisors is focused too on long/short equity as a way to dampen portfolio volatility.  Dispersion and volatility created by COVID-19 disruptions and US election uncertainty should be advantageous to long/short equity managers who have the ability to capitalize on both improving and weakening trends, according to officials.

“If we get a clear winner from the election, it will be another opportunity cycle,” added Brooks Ritchey, senior managing director and co-head of investment research and management at K2 Advisors, which is part of the alternative investment division of Franklin Templeton.

But what if there is uncertainty or unrest? What should investors expect?

Most traders will tell you that uncertainty does lead to volatility. According to K2 Advisors’ recent market outlook there is likely to be a heightened shift to safe-haven investments (and portfolio hedges) until there is a sense of clarity.

“Again from speaking with managers certainly held out as a possibility but also a scenario that my be difficult to trade profitably as the markets are likely to be choppy on news developments,” said Sussex Neumann. A prolonged court battle is seen as pushing markets lower, he said, and would reduce fundamental alpha opportunities.

A Trump victory is seen by all as the outcome creating the most dispersion for managers to play off of.

“Based on price action and polling data, there’s little doubt that a Trump victory would be a surprise to the market at this point.  But financials and traditional energy stocks, in particular, could scream higher while clean energy would probably be under pressure,” said Capstone Senior Portfolio Manager Goldberg, whose $7.9 billion firm specializes in derivatives strategies.

“A perceived business friendly approach including lower taxes and regulation should help to let the market continue its forward-looking pandemic recovery focus/valuation,” according to Sussex Partners’ Neumann.

K2 in its market outlook, pointed out that Trump’s policies tend to be beneficial to the energy, consumer and U.S. domestic supplier and production areas.

The prospect of a Biden presidency is one that markets seemingly have priced in already, according to investors. In a steady as she goes mentality, the macro moves from the preceding scenarios are unlikely. While K2 Advisors is remaining conservative in its portfolio positioning, Ritchey and his colleague Robert Christian see Biden’s policies as leading to higher corporate and individual taxes, enhanced regulations on fossil fuel exploration and production and tighter regulations on technology and healthcare.

The idea of a blue wave in the U.S. Senate, which has not been priced in by the market, is seen as more challenging for strategies such as private equity that lean long and benefit from less regulation and scrutiny on ultimate beneficiaries, Neumann pointed out.

“While the focus on tech giants may be somewhat non-partisan, additional regulation or anti-trust moves, will potentially take away a major return driver of 2020, replacing it won’t be easy,” Neumann added. Strategies such as long private credit and high net equity long/short may be challenged in such an environment.

Capstone’s Goldberg says that with a Biden win and blue wave there could be more onerous regulations, which is likely to pressure certain market sectors such as pharmaceuticals, technology and financials, more than others.

If Biden were to win but have only a marginal Democratic or Republican majority in Senate, it is “potentially another ambiguous result for the overall market”, he said.  But certain sectors, such as traditional energy, are likely to be relieved that the stated Biden agenda is unlikely to pass with ease.

As most Americans are anxious to put this election to bed — even if they don’t know who wins by the time they go to bed on Election night — the markets too seem to have plenty left to sort out based on the broader outcomes. It could be a boon to many in the alternative investment arena, even if there are drastic leadership and policy changes in Washington.

Sussex Partners’ Neumann said that one of the key tenets of alternatives is their ability to adapt quickly and provide ‘all-weather’ reasonable risk-adjusted absolute returns. He sees the ultimate outcome as being positive as dispersion between strategies and managers comes to fruition.

“Thus, hedge funds in particular as a form of active management should be well-suited to handle events such as elections,” he concluded.