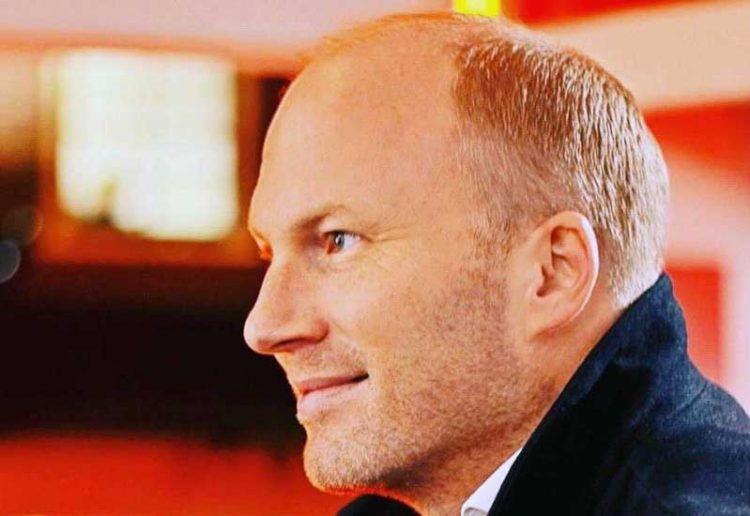 PayPal’s entry into the cryptocurrency space helped spark Bitcoin’s climb to over $18,000. The reasons are obvious: with around 350 million active users, PayPal’s network is already many times larger than Bitcoin’s, which contains roughly 42 million wallets.

At the same time, PayPal’s current solution is a far cry from the decentralized peer-to-peer network described in Satoshi Nakamoto’s 2008 paper.

Bitcoin’s fundamental value proposition is a solution to the double-spending problem that does not involve a trusted third party.

By contrast, PayPal remains custodial. If you buy Bitcoin on PayPal’s platform, you cannot withdraw it to your own wallet. In fact, you don’t actually hold the keys to the Bitcoin. Rather, PayPal’s cryptocurrency network is a “closed loop.” Users can invest in and speculate on Bitcoin or use it for payments within stores already in PayPal’s network. However, they are always trusting PayPal with their Bitcoin holdings and face the possibility of seeing payments blocked or hit by extra fees. In a worst case scenario, their funds could be frozen entirely, as sometimes happens with normal PayPal user cash balances.

This simply isn’t possible on the Bitcoin network itself, which is why the network has such extraordinary value in the first place.

Based on these limitations, it’s clear that PayPal’s solution is merely a first volley rather than a final product. The company has seen the potential value of cryptocurrency, especially for payments, and doesn’t want to be the Blockbuster to Bitcoin’s Netflix.

In this article, we consider why PayPal might see cryptocurrency as a threat, how PayPal measures up against existing crypto solutions, and why PayPal could help Bitcoin go mainstream when it finally opens up its network.

As one of the leaders of the fintech revolution, PayPal knows the importance of increasing simplicity for users.

Ecommerce is expected to surpass USD 4.6 trillion globally by 2022, with the seamless experience of e-wallets boosting its popularity. The simplicity of services like PayPal and Stripe has helped to improve customer experience while giving merchants easy access to new markets.

At the same time, PayPal’s convenience comes at a price for merchants. Fees of 2.9%, or 4.4% for international transactions, mean that PayPal eats into merchants’ bottom line.

In this respect, PayPal is similar to traditional payment solutions like credit cards. In a traditional payment flow, three to five parties facilitate a single transaction. These different parties work together to create trust. They check that transactions can be carried out and manage the transfer of funds.

The traditional payments stack involves numerous charges. Card networks and other parties can also raise their fees. As recently as September 2019, Visa added a fixed charge of 0.02 EUR for merchants using 3D-Secure, which is increasingly required under new PSD2 legislation.

These costs are all borne by merchants.

Crypto cuts the cost of trust, with potential for great UX

PayPal’s model has proven profitable so far, thanks to a combination of smooth UX and network effects. But cryptocurrency can potentially offer the same advantages while cutting costs for merchants significantly – who may then migrate to an accessible crypto solution.

Blockchain offers trustless payments, verifying transactions through a decentralized network. By eliminating middlemen, cross-border blockchain payments can result in even faster transfers while significantly reducing costs for both merchants and customers. The only fees involved are network fees, which are paid by customers, not merchants.

At the same time, crypto’s status as a universal solution offers the potential for great UX. There is no question of compatibility between providers: Bitcoin is Bitcoin everywhere in the world. And a user can simply scan a QR code with any mobile wallet to send a payment – a technology that PayPal is already pushing.

The advantages of cryptocurrency payments for merchants are obvious. Their users will be able to enjoy a simple, seamless experience like PayPal or Stripe, but they won’t have to pay a third party for the privilege.

PayPal’s entry into the space will let it start taking advantage of these innovations and lessen the risk of being left behind.

PayPal’s current crypto solution is provisional. It’s custodial and restricted to PayPal’s own network of merchants. In fact, it’s not even possibly for normal Bitcoin holders to pay for goods using PayPal’s system – you can only use “custodial” Bitcoin purchased within PayPal’s own platform.

There are reasons why PayPal is entering the space slowly. In 2018, Stripe discontinued support for Bitcoin, citing lengthy confirmation times, volatility and high fees. Similarly, merchants are discouraged from adding direct support for cryptocurrencies by the technical hurdle of integrating with blockchains, as well as fees and market risk.

Nevertheless, over the last two years, a number of platforms have arisen that make it easy for merchants to accept real cryptocurrency. Utrust, BitPay and Nash Link accept digital assets on behalf of merchants and provide conversions into national currency – sparing the trouble of integration with a blockchain wallet and reducing risk associated with holding volatile assets.

These platforms all significantly undercut PayPal’s fees for merchants. Utrust and BitPay each charge 1%, while Nash Link offers a market-leading 0%, with Nash making use of its non-custodial cryptocurrency exchange for conversions, eliminating the merchant fee entirely.

It’s likely that PayPal’s provisional system will evolve in the direction of these solutions. Similarly, they will offer their users full Bitcoin wallets, holding real coins they can send anywhere.

At that point, PayPal will be in a position to offer a major stimulus to the cryptocurrency space.

When PayPal finally offers full cryptocurrency support, it could potentially transform the space into a trillion-dollar industry.

The current cryptocurrency market cap stands at roughly $315 billion, with 42 million Bitcoin wallets representing what is likely a smaller number of active users.

By bringing its 350 million active users to Bitcoin, PayPal could quite plausibly expand the cryptocurrency market cap more than threefold according to Metcalfe’s Law, which states that the value of a network is proportional to the square of the number of users.

Of course, this growth is likely to be helped by other factors, including crypto technologies for merchants like those described above. Central bank digital currencies (CBDCs), such as the ECB’s proposed digital euro, are another development that will help push crypto into the mainstream – and will certainly be supported by PayPal when it expands its crypto services.

In fact, PayPal may not have to wait for CBDCs to attract users with stablecoins. Existing stablecoins like USDC provide opportunities for high-yield interest accounts – for example, those offered by BlockFi. Stablecoins pay yields far higher than cash right now owing to high from traders to borrow and leverage.

Even if its initial solution does not make use of Bitcoin’s underlying technology, PayPal’s entry into the cryptocurrency space is an important sign. Especially in the realm of payments, it highlights the benefits of blockchain technology.

This doesn’t just point to a future where blockchain investors profit from the growth of the industry. It also suggests that merchants will see real benefits from cryptocurrency adoption.

By putting more profits back into merchants’ pockets, blockchain payments can stimulate growth in many areas of the global economy.