Go virtual or rent a home: A look at manager and investor ODD hacks 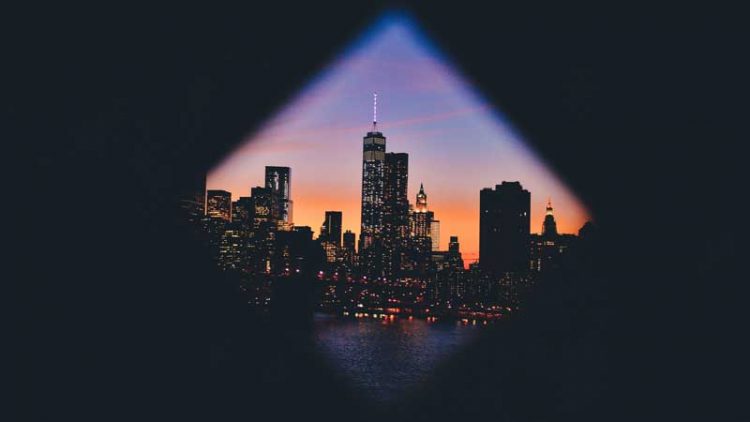 After roughly two decades in the hedge fund industry, Executive Managing Director at Eze Software Mike Hutner has seen quite a few things. This being 2020, however, the creative solutions investment teams have had to come up with in the due diligence process still caught him by surprise.

“People are really doubling down and getting some good deals,” he said of the Manhattan office real estate market for hedge fund firms that are raising assets.

Many firms opt to renew their leases to, as others planning to attract investors are looking for a new space. They may not have gotten a blockbuster discount, as one would expect, but the amenities and services they have received in return have made a difference. For instance, the ability to build out or double an office space on the fly without much hassle comes at no added cost.

And for the clients, the roadblocks to raising capital have been easy to navigate as well. Hutner’s clients have been sharing with him their creative solutions and stories. These stories tend to come out during virtual happy hour video calls that are hosted by SS&C, which purchased Eze Software roughly two years ago.

Sure, there has been talk of relocating to a tropical locale, but mostly there is a realization that work can be done virtually anywhere, according to Hutner. In fact, SS&C Eze Software recently released a mobile app that can be downloaded by execs working remotely.

“All our products today our rolled out via the cloud,” said Hutner. “Even legacy solutions are hosted in the cloud.” It speeds up the onboarding time and how a firm can add users. “It allowed us to bulldoze through the pandemic because we don’t have any roadblocks to signing on new clients.”

One management firm earlier this year rented a house in a different state that had less of an issue with the tackling the pandemic. Executives used the home as an ongoing disaster recovery location. Ultimately, the team used it to also conduct due diligence meetings in person. Clients were met at the house and outdoor meetings could be held safely as well. As far as Hutner knows, that client is still using the out-of-state house for prospective client meetings.

In speaking with allocators, such as funds of hedge funds, Hutner acknowledges there has been greater comfort in handling the due diligence process remotely. Generally, investors want to see where the head trader sits in the office, and where the compliance officer works. One manager showed their entire office with their smartphone, he said, adding that investors only wanted to see the organization of the office space.

In Vidrio Sales Director Brian Robinson’s experience, there is much to be gleaned from so-called “Zoom diligence.” New York-based Vidrio is a provider of tech-based tools for investors in alternative investments. The service was born out of the experience of a well-known fund of hedge funds.

He told attendees in a recent Zoom call that academic research points to the fact that only about 7% of a presenter’s spoken words actually contribute to listeners’ opinions. In Robinson’s experience as a former risk manager at a fund of funds, body language has much to tell potential investors even via Zoom.

He has a number of suggestions in navigating the virtual presentation environment. First off, when asking a question of a manager take note of where his or her eyes or head moves, he said. Is the shift to the left or right? Right is for recall, while left is indicative of lying. That said is important to note that the opposite is true for left-handed people and of course the virtual world has a mirror effect where your right is the other person’s left.

A second tip is to watch a person’s shoulders. Are they relaxed? If they are hunched up, this suggests tension. Also is the presenter touching his or her face? This could be a sign of nervousness as face touching is often a self-soothing mechanism.

While Robinson also walked investors’ through the quantitative process, it is the qualitative selection process that most are struggling to wrap their heads around during the pandemic.

That said, the ‘Zoom diligence’ world is not likely to disappear anytime soon. Vidrio in a recent survey found that nearly one-third (27%) expect 90% to 100% of their due diligence meetings to be virtual next year. Most (73%) anticipate at least half to nearly 90% of their meetings will be virtual in 2021.

It is not all bad either, as more than 70% noted that time savings and operational efficiencies as the main benefit to going virtual, according to Vidrio.

As for managers, SS&C’s Hutner is really seeing a large resurgence of hedge funds and new offerings.

“I’m seeing a lot of hedge fund launches — 20% to 50% more than you would see on average from recent years,” he said. This is while investors such as pensions seem to hold mixed views on hedge fund allocations. According to Hutner, the average launch now is bigger, but some of that has to do with pedigree of the manager as some of the newer firms are spinning out for mega funds.

“With all this volatility happening, there is a real opportunity for hedge funds to get out there,” Hutner added. “In this type of environment, you want someone out there to make an educated move on the market.”

He expects a growing number of funds being launched over the next couple of years as the market volatility continues. And so, while virtual meetings rule, investors will remain engaged as much as possible too, according to both SS&C and Vidrio.

Sussex Partners: The investor search for yield likely to spill over into 2021

Sussex Partners: The investor search for yield likely to spill over into 2021