Finding a seat at the table: Northern Trust’s Evans shares her story in financial services 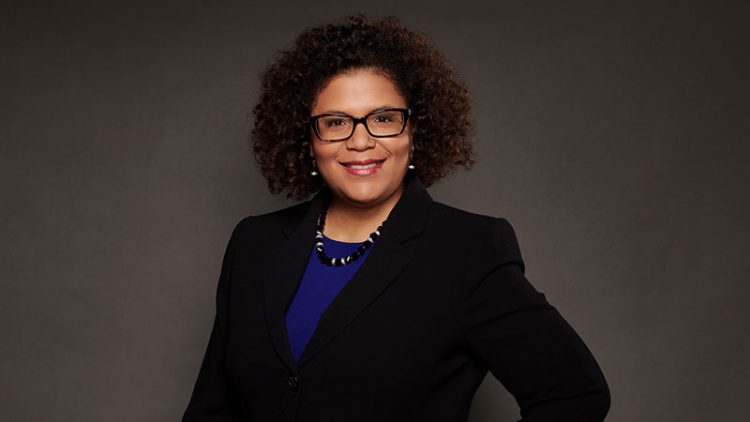 I had initially heard about Kimberly Evans about a year ago, before I began writing about inclusion in asset management.  When it was suggested to me that she would be a great person to sit down with and discuss her successful journey, I was not sure what to expect.  This was by far, one of the best conversations I’ve had with a financial services professional.

Evans has more than 25 years of experience in financial services — she joked that she stopped counting after 25 years.  She shared that she worked in a lot of different areas of finance and found herself in the alternative fund space over the last few years.

This is part one of a two part interview.

She appreciates all the entrepreneurial qualities of the alternatives business.  “(I) found myself, in the last couple of years in the alternative funds space, which is certainly interesting, exciting, has all of the entrepreneurial qualities that I love in business in terms of managing businesses and growing businesses, but then definitely leverages a lot of the strengths that I’ve built over the years just in terms of, technology enhancements and managing large operations,” she added. “Whether it’s putting capital to work, putting people to work or putting technology to work, my experience over time allows me to do that in terms of running this particular business.”

So, I said to myself, “Clearly she gets it. She understands the seat that she’s in.”

Then I began to ask my four questions in relation to diversity and inclusion, starting with how she got started in the business.

Evans:  You know, the right opportunities have to avail themselves in order to have the career that I’ve had. At one point in my career, I was working with a global financial services firm and they were building out their capabilities for the securitization business.  This was when securitizations were booming and I was responsible for helping to build out that business from the middle, back office operations along with implementing technologies and then got involved in the front office side of it, the strategic side of it as well.

From that opportunity I was actually recruited as a chief operating officer of a portfolio company by hedge fund owners, and they parachuted me in as the COO to do a turnaround. So I’ve had some experience prior to the direct experience of being in alternative funds — tangential opportunities to get exposure to the alternative investment industry. I’ve just always loved how much it evolves, how fast it evolves and just that entrepreneurial feel for it. So when this opportunity to lead Private Capital Fund Services became available at Northern Trust, I jumped on it.

Evans: I’ve thought about this question a lot and I have two ways that I would answer it.  The first one and my truest reaction to the question is, wow, yesterday’s success actually means nothing today. So I’m always working to prove that I can remain relevant and that I can bring my, my previous skills and experiences to bear for whatever it is I’m working on today.  So, I definitely can reflect and look at some successes, but I’m always trying to figure out how to leverage those successes and make them useful and relevant today.  So that was my core initial reaction to the question.

Smith: That’s a great way of putting it.

And the point where I knew I could be successful at it was one of my first jobs in financial services, when we were dealing a lot with physical securities. My first job in this business was running, basically delivering physical securities to the area that was going to be processing them. And so I remember getting the call, and I don’t know what made this manager think that I could do it, but he said, ‘Kim, we’ve got a major, reconcilement issue with some of our main accounts and we want to see if you can help us solve it.’ Now I had studied chemical engineering and so I had an analytical brain and that really intrigued me.  And then he said, ‘we want to see if you can figure it out or help us figure it out.’

Smith: What did you do?

Evans: I figured it out.  They had put all of their experts to work, all of their reconcilement analysts. They had senior managers looking at this problem and I went in and I solved the problem using all of the information and data that they had, I learned so much about solving these reconciliation issues and before you know it, I have become like the reconcilement queen. It wasn’t my job.  I was still physically running securities, but whenever they had a major reconcilement issue, they said, ‘ask Kim.  She can do it.’  And I kind of knew at that point in time my willingness to learn, my ability to learn quickly and put it to work that I could be successful in this business.

Now that was a very long time ago and I’ve learned a lot since then, but my curiosity, my ability to learn is what helped me believe that I could continue to do that over and over again. And as a result of it, I’ve reinvented myself a number of times in this industry, because it has evolved so much, since I started.

Smith: Kim, let me ask you about a high hurdle that you feel like you may have faced or a single challenge or heard some people reference an ongoing challenge in achieving the success that you have.

Evans:  I would say too, Blair, that, obviously my curiosity, my learning, my managers along the way, my sponsors – their ability to look at my talents and help me explore what would be next – I’ve had a lot of help throughout my career. But I would say I definitely have faced some challenges and I don’t know if my challenges or obstacles were always unique to me, but obviously when you’re going through them they feel extremely unique to you.

So one of them was early on, ‘she’s just way too young to have done what they’re saying she can do or what she’s saying that she (can do).’ So I walked into many rooms where I was fully equipped to handle whatever was being discussed or, projected, but was dismissed a lot earlier in my career because, ‘she’s too young.’  Now I’m not naïve enough to believe that it was just the she’s too young. I’m a black woman and I told you just from, my upbringing we weren’t, in my community or household people weren’t talking about having successful careers in financial services where I grew up.

I learned pretty early in my career if that was going to be the case – as a black young woman at the table who deserves to be at the table, but maybe people won’t recognize that right away – I always try to find out who’s going to be in the room. Because I had to learn how to build allies and relationships outside of the room, so that when I went into the room to help make an important decision or to help move business along, there was somebody else in the room who did have the respect, did have the experience or credibility with others at the table to vouch for what was going to happen.

And so it was painful to have to learn that way, but now at this point in my career it’s a habit that I have and it helps in so many different ways. So now, because I’ve got a little bit of respect on my title and all of that kind of stuff, I probably don’t have to prove as much. But because I’ve built that as a habit, that’s a muscle that I have, usually I can find myself in situations where we’ve built relationships before you get into the room.

We’re creating the right environment for doing business just in general and it’s not necessarily about getting over that hurdle, but originally it was, ‘the black young woman at the table there’s nothing she could do for me’ is how I perceived some of the reactions to me early in my career. And just figuring out how to navigate that was probably one of my biggest hurdles.

And if I’d allow it, it could probably still be a hurdle today, to be honest, but just finding a way to artfully and skillfully deal with that and not allow it to get in the way of business I think has been extremely important for my career.