Robinhood, Reddit, and GameStop saga: Separating the myth from the app 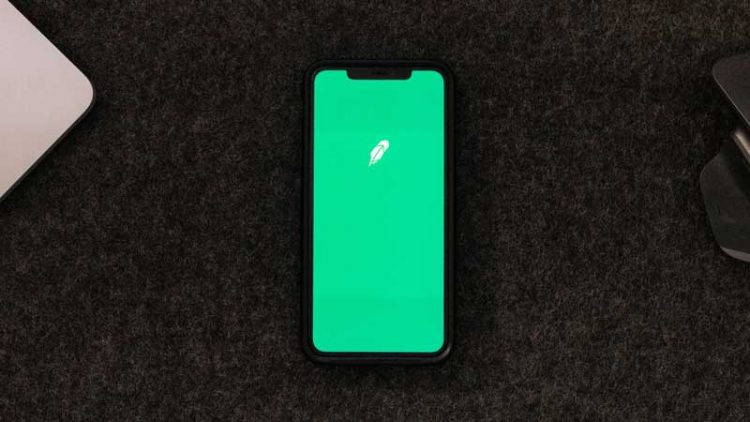 As Capitol Hill is planning to interrogate a number of parties in the saga that is GameStop, it is worth reviewing what we can say for certain about this irregular trading triangle.

There may be some missing pieces to this story that are now emerging, such as whether retail investors alone were buying into the frenzy, but we do know that massive losses at Melvin Capital forced ripple effects across the hedge fund industry.

The world has moved on from the late January ruckus over a social media short squeeze involving the stock of a video game retailer, it becomes possible to get some perspective: does this mean something new and important is happening to markets, or is it simply one of those crazy things, a trip to the moon on gossamer wings?

A good starting point for our story is January 11, when Ryan Cohen (co-founder of Chewy) joined GameStop’s board. GameStop had a lot of troubles — it is a retail company still tied into brick-and-mortar, and even before the pandemic that business model seemed archaic. At this point its stock price was below $20.

The Cohen arrival mattered, though, because it could have represented new blood in an iron-poor decision-making process. Michael Pachter, an analyst who had been following the company for twenty years, was suddenly bullish.

Several days later, a band or retail traders found each other on Reddit, especially on the chat room wallstreetbets. Then on Thursday, January 21, Andrew Left, of Citron Research, appeared on the “Zinger Nation Power Hour” to make the case for a short position on GME. The social media world reacted immediately — this had become a “stick it to The Man” issue. And The Man, as represented by Mr. Left, was short. So the stick-it move was to buy. On Friday, January 22 the stock suddenly rose 61%. It closed at $65.01.

That was still low on a parabolic curve, though. On Monday, January 25, the stock rose to $76.79, and on the 26th, it went to $147.98. By this time, the phenomenon had come to the attention of Tesla’s Elon Musk, who tweeted at market close Tuesday, “GameStonk!” “Stonk” is apparently just a funny way of saying “stocks,” and in this case of creating a portmanteau word from GameStop. The exclamation point — and Musk’s known aversion for short selling — combined to make the point. He was urging the buyers on.

To some Musk’s enthusiasm served as a signal for more buying. To others on the long side, including some hedge funds such as Senvest, Musk’s tweet served as a signal to sell and take its gains. Senvest sold out its position on the 27th, which means it sold at one of the two tops of what became a twin-peaks price chart.

On January 28, the Wall Street Journal’s giant front-page headline was “Individual Investors Rout Hedge Funds.” That headline was itself a fitting mark of a top. The price had closed the previous day at $347.51. But on the 29th it fell to $193.60, heading into the weekend.

The true believers on Reddit spent that weekend giving each other pep talks. One might paraphrase them this: Friday’s fall was due to tenuous hedge fund machinations that will surely fall apart if we, the retail-buying outsiders, push the matter further. And so they did. Monday saw the price return to the Thursday neighborhood, this time just to $325.

And this was enough to set the enduring idea of what had happened. A band of plucky outsiders made a lot of money for themselves at the expense of the squeezed short sellers such as Citron and Citadel. David and Goliath. Or Robin Hood and his Merry Band against Prince John.

An app, launched in 2015, named after the legendary bandit, developed by the Menlo Park, California company of the same name, plays a key role in our story.

The Robinhood app famously allows users to trade stocks and ETFs without paying commissions. That fact itself evokes a saying that arose in the early days of social media, “if you’re not paying for the product, you ARE the product.” Indeed, Robinhood traders are the product. The trades they execute aren’t routed to the floor of an exchange. They go to market makers like Two Sigma, GIX Execution Services, and…preeminently…Citadel, who of course pay for receiving them. This is the once-notorious, now yawn-worthy practice of “payment for order flow.”

Except that it isn’t only order flow that Citadel is paying for here. The order flow is also a data flow. And the idea is that Citadel’s algos can make good use of data gleaned from all those millennials using their neat free app.

We’re going to hit the “pause” button here. A lot of great intrigue happened in the following days, including the limits Robinhood placed on its users at the peak of the frenzy, the controversies that action generated, and so forth. And a fuller view of the situation would take account of the whole speaker-fees-as-conflict-of-interest subplot. (One expects that the new Secretary of the Treasury will recuse herself from any delicate decisions that have to be made on this subject.)

But intriguing questions arise from the facts just stated, truncated as the statement has been. Citadel lost 3% of its portfolio on the short squeeze and had to participate with Point72 in a bailout of Melvin Capital, which was reportedly down 53% in January alone.

Perhaps the first question to come to mind might be: did any of this do GameStop any good? Some of the romantic appeal to the incident lies in the notion that GameStop is Maid Marian, so to speak, and the “Merry Men” have shown up to her rescue.

And that might be the case if GameStop was in a position to sell its own stock into the market at the elevated price. But, as David Yermack, professor of finance, New York University Stern School of Business, told Alternatives Watch: “There are usually delays of many weeks before a company can issue new equity to the public markets. Sometimes the interval can be shortened if a company has a ‘shelf registration’ that has been done in advance, but I don’t know if that’s the case for GameStop.”

“In any case, I think it’s unlikely they will be able to time the market and get institutional investors to buy new shares at anywhere near the recent market prices,” he added. “GameStop stock has risen due to a short-term imbalance between supply and demand related to the short squeeze, but it has almost dropped most of the way back down to its prior level, which is probably more reflective of the company’s intrinsic value.”

Another question that comes to mind concerns Citadel as the company (technically, the group of entities) paying for that order flow and the inferred data stream: was it getting its money’s worth? Why didn’t the data do it any good in the crunch?

Part of the answer may simply be that human beings have dealt themselves out of the loops, given up decision-making. Entities that pay for order flow, then allow their algos to crunch the data, which may be fed directly into their own trading, don’t really have carbon-based neuron-firing risk management. Not at that level. At a more abstract level, the remaining carbon-based risk managers seem to have made the decision that the risk that the algorithmic decision making will occasionally lead to a bath like this is itself worth taking.

Still foraging in the forest?

Finally, how much really went right for the Merry Men of Reddit? They had a few good days of celebrating, but unless they took the money off the table while the getting was good they may have to keep foraging in the forest for grub.

Yarmack said, “I think most of the Robinhood traders have lost considerable sums of money in this fiasco, and there are stories to that effect in the press today [February 3]. Very little ‘went right’ for them. A few who timed the ascent of GameStop’s price had the good sense to get out near the top, but they are a minority.”

In general, he believes that Robinhood’s users have been the victim of misleading statements and that the SEC has been much too lenient on the firm behind it.

And that may be the best lesson to take from our story. Not that social media and related technologies have changed the nature of markets (it hasn’t — they are still driven by the same old combination of supply and demand fundamentals on the one hand, the madness of crowds on the other), but that social media and related tech have created new opportunities for mischief at the expense of the unsophisticated.

As exhilarating as the frenzy must have been, the Reddit crowd consists largely of victims. Victims of their own enthusiasms at best, victims of hucksterism at worst. Neither is especially a new phenomenon.