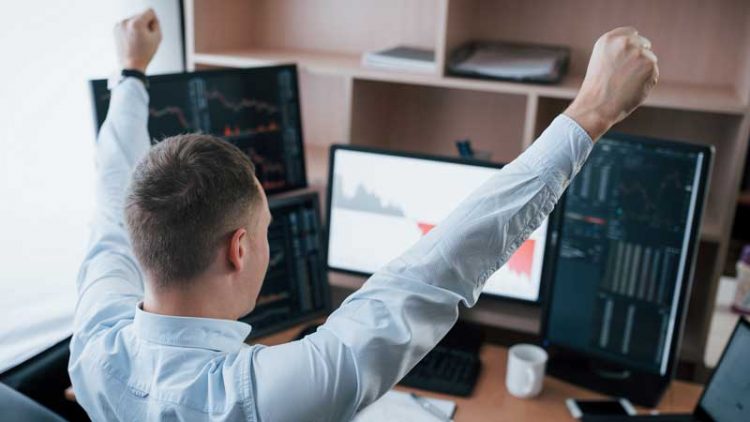 Not only did hedge fund managers have the strongest performance at the start of this year since 2000, but investor inflows have led the industry to hit an asset record with an estimated $3.8 trillion as of the end of the first quarter, according to HFR.

The first three months of 2021 saw an increase of $201 billion with the total industry capital rising by $844 billion since falling below $3 trillion at the beginning of the pandemic, officials at the Chicago-based firm said.

“Hedge funds effectively navigated a volatile trading environment to the strongest 1Q gain in over 20 years,” commented Kenneth Heinz, president of HFR. He added, “The trading environment was dominated not only by the new US presidential administration, new stimulus measures, developments in vaccine administration and new virus variants, but also intense volatility in cryptocurrencies and associated with a surge in interest in out of favor, heavily shorted, deep value equities from retail investors and trading platforms. Each of these, as well as evolving macroeconomic and geopolitical dynamics, represent both a risk and an opportunity for specialized hedge funds actively positioning in these areas. Leading institutional investors interested in defensive, opportunistic exposures to each of these are actively working to increase portfolio exposures to leading and innovative hedge funds which have and continue to navigate these rapidly shifting market dynamics.”

The negative headlines from the GameStop Saga, followed more recently by the Archegos scandal, have done little to dampen spirits in an industry that in recent years has struggled to outperform long-only equities and even sometimes passive asset management.  Net asset flows totaled $6.1 billion in the first quarter. Returns were up 6%.

Cryptocurrency strategies led the way with a mind-blowing return of 120% for the quarter, which followed the heady gains in 2020 of 193%.

Outside of the crypto space, event-driven strategies has been having an amazing run as well with capital in the space hitting $1 trillion for the first time after capital increase of $85.4 billion in the first quarter of 2021.

Returns in event-driven strategies remained strong too with special situations strategies reporting $46 billion of performance-based capital gains over the quarter. The HFRI Event-Driven Index was up 8.2%, led by the HFRI ED: Special Situations Index that gained 10% over the same time period.

When it comes to the largest component of the hedge fund industry, equity hedge funds the $1 trillion mark was passed in the prior quarter and managers extended that growth to $1.16 trillion in 1Q, an increase of $62 billion with investors allocated $370 million of net new capital to the space during the quarter. The HFRI Equity Hedge Index jumped by 7.1% in 1Q.

Interestingly, no single hedge fund strategy is in the red so far in 2021, according to HFR’s database figures.

When it comes to asset raising, the outlook seems to be improving for many as investors seek protection from potential market volatility and are more willing to take on risk assets in the low-interest rate environment. The fiscal stimulus in the U.S. has pushed investors to consider interest-rate driven strategies and uncorrelated-returns.

Interest rate sensitive, fixed income-based relative value arbitrage strategies received the largest strategy inflow of capital in 1Q, with investors allocating an estimated $5.6 billion of new capital to RVA strategies. These inflows, along with strong performance-based gains, increased total relative value arbitrage to $980 billion, an increase of $39 billion for the quarter. HFR indexes in the space were over 3% in 1Q.

In this past quarter macro capital also gained with assets increasing by $14.4 billion total $618 billion in assets. These figures include an estimated $875 million of net new investor capital. Gains in this space hovered around 4% for the quarter. Both quantitative and fundamental macro sub-strategies experienced asset increases for the quarter, with trend-following systematic diversified/CTA strategies increasing by an estimated $5.1 billion, while discretionary thematic funds gained $4.1 billion.

Even as investor strategy preferences shift, one thing does remain the same in the fact that the largest hedge fund firms continue to draw the most assets. HFR said that investor inflows were again led by the industry’s largest firms, with firms managing greater than $5 billion receiving an estimated $5.3 billion of the $6.1 billion total of net new investor capital in 1Q. Mid-sized firms managing between $1 billion and $5 billion experienced a small net outflow of $1.4 billion for the quarter, while firms managing less than $1 billion collectively received estimated inflows of $1.14 billion.

Headwinds and opportunities in biopharma