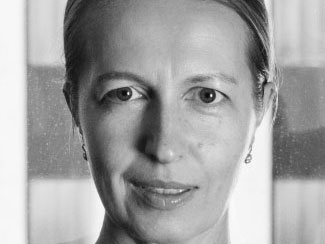 Little did many investors know in the early days of the pandemic of the changes coming to the structured product market in both how business was to be conducted and its popularity in a flat interest rate environment.

After all, prior to the global financial crisis structured products was a little like the wild west — especially when it came to the various features of all the offerings.

Post 2008, a new world emerged that produced greater standardization, according to Olga Chernova, managing principal and CIO of Sancus Capital Management, a firm with expertise in structuring and investing in CLO transactions.

Starting her career on the desk at Goldman Sachs in the early 2000s, she was quick to get involved in structured credit and noticed a bit of a recurring theme with respect to industry standardization. “A little bit of standardization goes a long way to get liquidity,” she observed.

As the nail was driven firmly into the coffin of the infamous credit default swap (CDS) market post 2009, Chernova, who had been doing a lot of bond CDS strategy work previously saw an opportunity emerge and at the lowest point of the markets was able to put seed capital from a prominent fund of hedge funds to work to start her own firm Sancus.

The firm with offices in Los Angeles and New York relies on a unique approach capitalize on dislocation and inefficiencies found in the credit markets. Structured products and CLOs stood out especially for the complexity-based premiums they paid out to investors.

“The CLO market came back because they performed very differently during the crisis, mostly because of the ability to reinvest capital,” she recalled in a recent interview with Alternatives Watch. She observed that the CLO market was hiding in the shadows of the trillions of dollars in the CDS market.

And while the last crisis was about a lack of liquidity, the pandemic markets are about liquidity spilling over across asset classes alongside low interest rates. It’s this element that has once again opened up the floodgates when it comes to CLO issuance and investors’ willingness to take a chance on something outside the traditional public bond markets.

In total, Sancus has enabled issuance of over $3 billion of CLOs by purchasing control equity.

Alternatives Watch previously reported that York Capital Management and Kennedy Lewis Investment Management have formed a new CLO platform entity to be called Generate Advisors. Led by Rizwan Akhter, York’s approximately $4 billion CLO business and team will transition to Generate Advisors and continue to manage the firm’s current CLO portfolio as well as any future CLOs issued by the new entity. Under the strategic partnership agreement, Kennedy Lewis will be investing in Generate Advisors and has committed at least $200 million of capital to be invest in the equity of the new entity’s future CLOs.

“The CLO equity has done really, really well as opposed to a lot of the static synthetic portfolios,” said Chernova. “CLOs also reference senior loans, which is very different. There is a lot of diversity in leveraged loans. It is the best part of the capital stack.”

So, while this debt market is different, the players remain the same, she added. And yet, Sancus stands out in part due to a procedure Chernova developed called the applicable margin reset, which was launched by a firm called KopenTech with assistance from Chernova.

The first transaction relying on AMR was in 2017 and was the Atlas Senior Secured Loan Fund VIII managed by Crescent Capital Group. Other transactions involving Trimaran Advisors and Seix Investment Advisors followed.

Today, the interest in leveraged loans has grown dramatically and of course, according to Chernova, CLOs are another way to play it. And now as many are preparing for economic growth, pundits are discussing inflation. This too plays to the CLO markets strength as a floating rate asset class. As such, she expects the AMR refinancing market to grow.

There are many other factors driving growth of AMR, but one of them is prepayment risk. Refinancing risk is tricky and so the duration of CLOs may differ widely, but some may have two years of non-call, which sparks an asset/liability mismatch. In this instance, any CLO issued last year is now under pressure. The trend has been that they will be refinanced rather than calling the loan outright.

Chernova has seen demand for AMR continue to grow. Banks that were initially hesitant have joined and auctions have been oversubscribed as the online element has helped too to shorten the timeframe for the transaction that originally would have taken months rather than hours.

There are currently 15 banks on the platform, Chernova said. “We’ve seen tightening early in the year, so spreads have backed off since so many deals are in the market,” she added.

For now back at Sancus, Chernova is currently working on launching new vehicles to take advantage of the growing opportunity in the space.