Anti-PE activism on the rise on many fronts 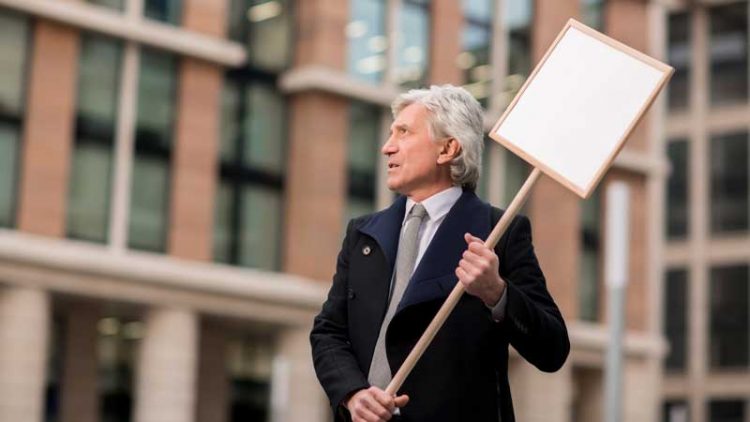 The Private Equity Stakeholder Project, a non-profit organization critical of the increasing influence of opaque private equity ownership in the housing, healthcare, and energy industries, is working to create, in effect, an oppositional network.

One of their objections to the private equity industry as a whole is its opacity, in contrast to the transparency of publicly owned corporations, and that of pensions and other institutional investors. Behind that, the Project’s participants clearly believe that there is much that sunlight could disinfect, were sunlight allowed into this space.

Recently, the Project has been working to draw attention to wrongful evictions. The fact that, during the lockdowns many people were effectively prevented from earning their living, inspired governments to impose restrictions on evictions for non-payment of rent. But many landlords, some backed by private equity, proceeded with evictions regardless.

The Project, and other activists who have brought public attention to this situation, have had an impact. In early May, officials with the FTC and the CFPB wrote dozens of debt collectors and landlords, cautioning them to adjust to the moratoria or face regulatory action. They also wrote, to the same effect, to the Carlyle Group, Angelo Gordon & Co., and AEW Capital Management.

The Project, according to Executive Director Jim Baker, has  “a small staff that is focused on working together, as an informal network, with a variety of different partners.” They came together in 2017.

Baker, who formerly worked with a union of hospitality workers, says that in that post he discovered that “companies like Hilton, Caesars Entertainment and others got bought out by private equity in ways adverse to the interests of the workers. That’s how I got focused on the subject.”

The name of the Project, with the term “stakeholders,” suggests that investors aren’t the only ones with a stake in the portfolio businesses of private firms, or the firms themselves. Neighbors, suppliers, creditors, and employees all have their own stakes, which require protection.

Baker continued on this theme. “A couple of years ago,” he said, “we worked together with the workers of Toys R Us. They had learned in the middle of the bankruptcy that not only were they losing their jobs, but they were also losing the severance they had expected.” The PE Stakeholder Project helped pressure KKR and Bain Capital to put together a $20 million hardship fund for them.

At that time, Minnesota’s pension plan temporarily halted its investments in KKR, after learning of the denial of severance to the 30,000 Toys R Us workers.

In Washington state, too, the public pension officials pushed back. They wanted to know whether anyone at KKR had lost their jobs over the Toys bankruptcy or had at least gotten a cut in pay.

“We’re of the opinion that the PE funds have a lot of control, they have choices,” Baker said in a recent interview, so it is not a foregone conclusion that when they take a company private they’ll have to liquidate it. “They ought to step up and be responsible corporate citizens.”

Alyssa Giachino, the project’s climate expert says that she has worked for PE Stakeholder for a year and a half now, she has worked on the issue of climate change as a policy analyst for a decade.

Asked whether she could identify the PE firm that has the worst record on environmental/sustainability issues. Giachino said it was a difficult question to answer.

“Part of the challenge in answering that question,” she said, “is that there is no consistent reporting on what the impact of an investment was.” PE firms, she added, try to write their own narratives about how they are active in funding renewables. But there is “a fair amount of greenwashing underway.”

In a recent report, Giachino made the case that PE firms, especially those operating in the energy field, are not reliable stewards of the interests even of the stakeholders they might care most for, their own investors. She said fossil fuel investment has become concentrated in the PE field, largely because PE, in contrast to the public markets, can hide the lackluster performance of firms in this area by interspersing the results with those of other fund strategies such as infrastructure or buyout.

Though most of the Project’s efforts are U.S. based, Giachino said that the problem of opacity is worldwide. Asked whether there was another country that the U.S. might learn from with respect to reporting relevant to Paris Agreement goals, Giachino said: “all of the capital markets have some way to go” to develop appropriate systems.

Giachino is skeptical of claims that natural gas or LNG in particular is a “bridge fuel,” the cleanest of the fossil fuels, one that can help serve as a medium to a more sustainable future.

Private equity firms are very involved in natural gas. Blackstone’s Rover Pipeline is an example of this, as is Carlyle’s Varo Energy.

She cited the IEA position that there should be no new investment in fossil fuel supply. Whatever else one might say about natural gas, it “is a fossil fuel,” she said.  Though the world won’t go to all-renewables in a heartbeat, so one can say these fuels will continue to be sold, inventories to be depleted, etc., putting further investment into new pipelines or digs merely creates sunk costs and would institutionalize pressures to keep them in operation in decades to come.

Natural gas is, in the words of her report, a “bridge to nowhere.”

In another paper, Giachino looks specifically at KKR’s energy investments. Here, too, she stressed the opacity of the transactions involved. She wrote that KKR does not consistently disclose deal size. Nonetheless, her analysis, based on “press releases and media coverage,” found that since 2010 KKR has entered energy deals of circa $18.4 billion, 73% of that going to fossil fuels, the other 27% to renewables. That works out to $13.4 billion for fossil fuels and $4.9 billion for the renewables.

That this constitutes persistence in a losing bet is illustrated for example by the matter of Longview Power, a West Virginia coal-fired power generator that came online in 2011 and filed its first bankruptcy in 2013. KKR acquired it out of that process in 2016. Longview couldn’t make much of a go of things the second time either and it filed for Chapter 11 bankruptcy in April 2020, extinguishing in the process over $350 million in debt.

The languishingly unsuccessful life and two deaths of Longview may be totemic of the way Giachino views the state of the fossil fuels industry in general since about 2011.