Larger endowments and foundations improve their returns with alts 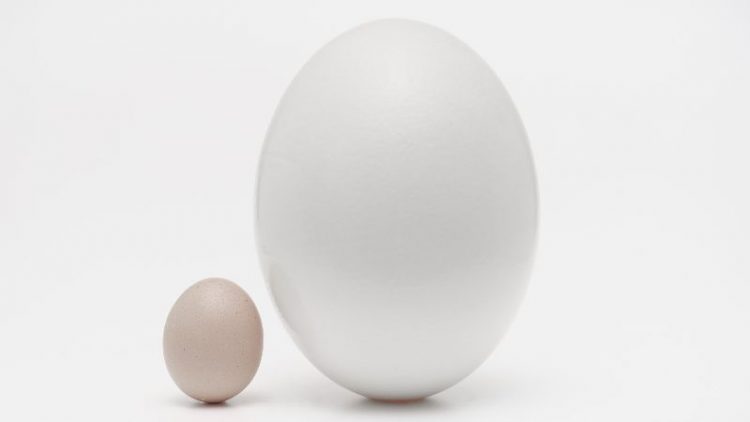 When it comes to asset allocation, nearly all endowments and foundations have invested into alternatives like hedge funds and private equity. Out of nearly 400 E&Fs we examined using Investment Metrics Plan Universe, only 22 of them, or 5.6%, did not have any allocation to alternatives. With 94% investing in such vehicles, we assumed to see a clear benefit to doing so.

The data didn’t support that assumption.

In our research we divided 392 endowments and foundations in our Plan Universe database into two groups: AUM of under $100M and AUM of $100M or more. Two-thirds of the E&Fs, 258 of them, fell into the smaller AUM bucket which collectively controls 12% of the total assets. The bulk of the assets (88%) are owned by the 134 E&Fs that fall in the large AUM group.

We examined the performance and risk of the four cohorts over the past 10 years and found that only the larger endowments and foundations improve their performance when adding alternatives (Figure 1). The average small E&F lost 33 bps per year over the 10 years while the average large E&F gained about 50 bps per year with the allocation. In fact, there was not a single year over which the average small E&F benefited, and there was not a single year in which the average large E&F lost. 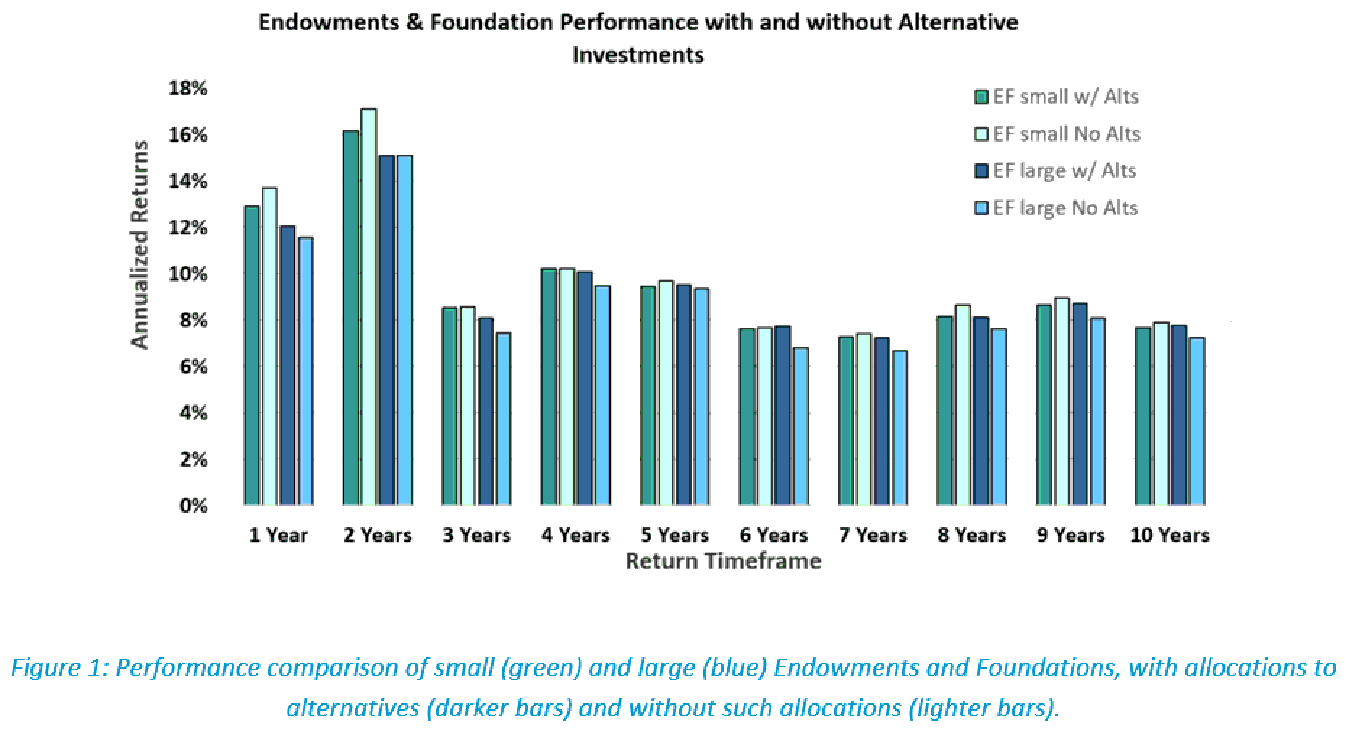 This is particularly interesting, as some players in the industry have long warned small E&Fs not to try to emulate the strategies of their larger counterparts. Smaller E&Fs cannot afford the same degree of leeway in their liquidity that large E&Fs can.

Smaller E&Fs should take heed not to get caught up in the glitz and the glam of alternatives, and understand that they are not in the same position as large E&Fs. While some smaller E&Fs do financially benefit from investing in alternatives, the bulk of them do not. And while they are still keeping up with their larger counterparts on overall returns, they may find that it is in spite of their alternatives exposure rather than because of it.

While only the larger E&Fs improved their returns, all endowments and foundations improved their risk, as shown below in Figure 2. The average Endowment/Foundation lowered its annualized volatility by 0.5%.

In this case, smaller funds benefited more than larger funds, reducing their annualized volatility from 10.8% to 10.0%. Larger funds had about half that reduction in risk, going from 9.7% to 9.4% volatility, on average.

It comes as no surprise that alternatives reduce the risk of these portfolios as both hedge funds and private equity funds are known to provide uncorrelated returns to traditional equity / fixed income portfolios. But the extent to which smaller E&Fs do not increase long-term returns from such allocations did surprise us.

It is certainly not all doom and gloom for the relationship between small E&Fs and alternatives, especially given the overall returns they are seeing. However, given the near universal interest in alternatives, one would have expected a more positive impact. Investment Metrics continues to watch this trend closely, as unless an upswing is seen, the smaller E&Fs might decide to take a harder look at their portfolios.

It would seem that, when it comes to alternative allocations, being bigger is clearly better. 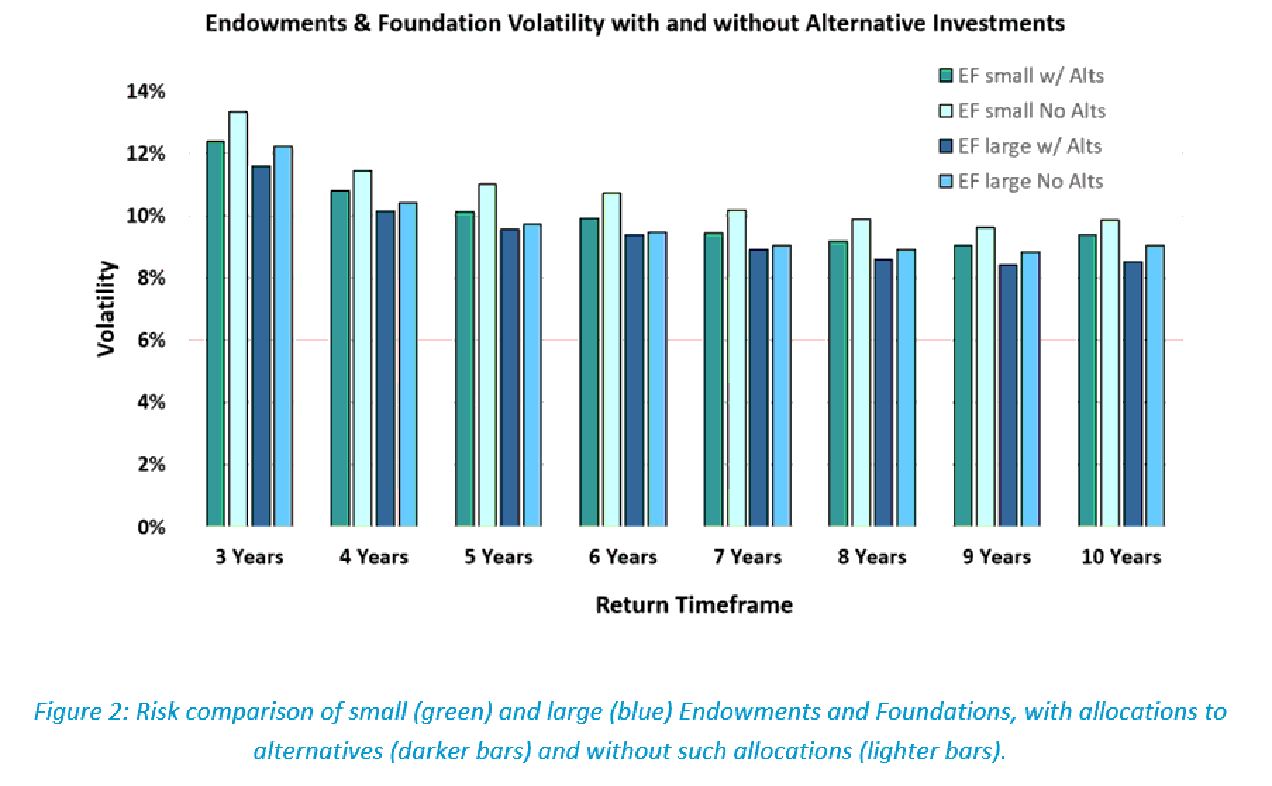 K2 capitalizes on diverse investment opinions in a confusing world

Damian Handzy joined Investment Metrics in 2021 with the acquisition of Style Analytics. He has 20-plus years’ experience growing FinTech Analytics businesses. He co-founded and was CEO of Investor Analytics, Wall Street’s first cloud-based multi-tenant risk analytics firm, which he sold to StatPro in 2016 to become their Global Head of Risk.