Crunchbase reports that startups globally received $288 billion in the first half of 2021. Unfortunately, venture funding primarily goes to companies founded by white men.

Either people who are not white men are unable to come up with good business ideas, or they have plenty of great ideas but can’t get financing. The latter seems far more likely, and venture-debt firm Applied Real Intelligence (A.R.I) sees that as an opportunity.

The firm is currently raising money for a fund with a target of $500 million. Zack Ellison, the founder, is a white man himself, but he is committed to building a diverse team and providing debt capital through a diversity, equity, and inclusion lens.

Although most startup and follow-on capital funding comes as equity, Ellison said that debt financing has huge benefits for venture-stage companies that are generating cash flow.

“We provide growth capital to companies that are already producing revenue. They already have a successful product, and they’re looking to scale when we get to them,” he said. Venture debt generally comes onto the balance sheet in the Series B round or later. In a world with more founders, more startups, and boards and management teams with greater financial sophistication, Ellison said that venture debt meets a huge need. “They’re just looking for the cheapest capital they can find and debt is a lot cheaper than equity for these types of companies. Especially if you’ve already reached proof of concept, you don’t want to give up your equity.”

Now, the challenge is to educate potential investors in venture debt funds — like the one that A.R.I. is raising. “Two years ago,  I was having calls with LPs. They had no idea what venture debt was,” Ellison said. “Those that said they knew what it was didn’t really know how it worked.” Now, he’s seeing increasing understanding and interest.

The private debt market is more active in Canada than in the U.S., and the favorable risk and return tradeoff has helped Canadian public pensions avoid the underfunding that plagues their American counterparts. Venture debt offers investors historical returns that have been north of 20% for non-bank lenders. Loss rates have been close to 20 basis points per year, and venture debt doesn’t have much correlation with the broader markets. It generates income as borrowers repay their loans, which reduces the volatility of returns. And, venture debt doesn’t show signs of overvaluation, unlike the traditional equity and fixed income marketplaces.

One issue, Ellison said, is that many U.S. insurance companies and pension plans cannot invest in unrated debt. Because there are information asymmetries and imbalance in the supply and demand for venture debt, the market is inefficient. That leads to alpha.

“One of the big de-risking factors for us is that typically these companies have already gone through five rounds of financing” before they consider venture debt, Ellison said.  “We’re coming in at a stage where they’ve already been de-risked to a large degree.” Industries that can scale and thus do well with a leveraged balance sheet at the venture stage include fintech, enterprise software, and software as a service because of the relatively high margins, relatively low capex, and contractual revenue.

A.R.I. is in growth mode, and Ellison plans to add several senior employees before year end.

“We’re actively trying to hire women and people from underrepresented groups onto our leadership team,” he said, while also looking to invest in diverse management teams. “If you fund companies that are run by women and people of color, and other underrepresented groups, and your investment performance is better than the majority of the market, that’s what’s going to cause a fundamental shift.” 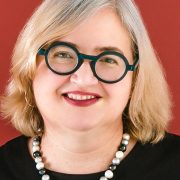