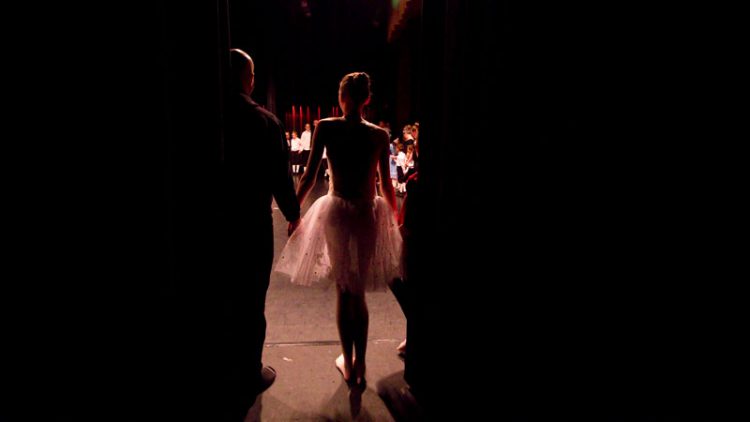 After more than 20 years in the hedge fund seeding business, Bruce Lipnick knows a thing or two about starting a successful business venture. And now the asset management world is learning about his passion for the performing arts.

Lipnick is in a fundraising round for expansion of content filming, and some of the new investors are hedge funds and others within the financial services world that are looking to a pure play in the ever-growing world of streaming media.

He founded the streaming business Stage Access in 2012, but it really began to gain steam during the pandemic. It is also a personal venture as his daughter, Olivia Lipnick, is a company member of The Washington Ballet, and one of many performers who were sidelined over the last year and a half due to canceled live performances.

The list of original content on Stage Access continues to grow by the day including Yo-Yo Ma, Six Solo Bach Cello Suites from the Odeon, Athens and The 3 Tenors: From Caracalla to the World, the 30th Anniversary Documentary.

The aim is to continue to add to the available content as way to grow the audience for global performances. He is clear though that nothing can ever be a replacement for live performances.

Lipnick’s mission though is to expand access to the arts, while at the same time providing crucial support for arts organizations.

An example is the Dance Theatre of Harlem’s digital content, which remains free on the platform, but gifts of any size provide crucial support to the company’s current operations and will help to ensure that New York City’s dance future continues to be even more inclusive and diverse than ever before.

Stage Access is a unique on-demand streaming platform that features performing arts content ranging from dance, classical music, opera and theatrical performances. According to Lipnick, it is more than a simple play on COVID-19, but a sustainable business available across many platforms including Roku, iOS, Apple TV and Amazon Fire.

Streaming is also a way for various performing arts groups to capitalize on past performances that were recorded prior to the pandemic and even during.

Earlier this year, the Stage Access held a world premier as part of the Opening Night of The Davos Agenda, with a film “See Me: A Global Concert,” which was filmed on location from September through December 2020. Led by Marin Alsop, it included Yo-Yo Ma, the Chamber Orchestra of the Afghanistan National Institute of Music, the Vienna Radio Symphony Orchestra, the Black Pearl Chamber Orchestra (USA), the Choir of the State Orchestra of Sao Paulo (Brazil), the Orchestra della Toscana (Italy), the Drakensberg Boys Choir (South Africa), the China NCPA Orchestra (China) and sand artist Jim Denevan (USA).

Exclusive access though has been the platform’s hallmark, not unlike that of hedge fund alpha.

This spring Stage Access presented the North American premiere of Anna Netrebko in Tosca at the famous Wiener Staatsoper (Vienna State Opera). At a time when a visit to the Vienna is verboten, the appeal of such a world-class production not available on other streaming platforms is powerful. The star power was one would expect with a cast led by Anna Netrebko singing the role of Tosca, Luca Salsi as Cavaradossi and Wolfgang Koch as Scarpia.

The performing arts have found a new venue in which to grow and find a new generation of fans, which according to Lipnick is a good way to support local institutions as we all look forward to in-person performances again. For now, the revenue generated through streaming can help support those future post-pandemic productions too.