Toshiba shareholders last week voted down the board’s proposal to split the multinational electronics conglomerate in two, and separately, to the disappointment of activists, they voted down a take-private option.

The defeated proposal would have spun off Toshiba’s device and storage business into a new publicly listed company. The shares of the new company (Device Co.) were to be distributed to existing shareholders of Toshiba.

Shareholders also rejected an alternative proposal put forward by the company’s second-largest shareholder, 3D Investment Partners, that would have mandated talks with private equity firms and other potential investors aimed at a take-private bargain.

The company said in a statement that it “accepts the opinion of the shareholders expressed at the extraordinary general meeting (EGM) and will make best efforts to build trust with shareholders and reconsider its strategic options to enhance corporate value continuously.”

Aside from 3D, advocates of the alternative plan included Effissimo, which like 3D is based in Singapore, as well as San Francisco-based Farallon Capital and other smaller hedge funds. These activists have argued that the company did not adequately explore the take-private possibility in its strategic review last year.

At the moment, then, there appears to be a stalemate about the future of the troubled company. Its stock price has suffered, and the stalemate is seen in some quarters as evidence that U.S. style equity activism may not be an easy export into Japanese corporate culture.

Toshiba has been in a strategic funk since its accounting scandal in 2015, when it had to disclose that profits had been inflated by $1.2 billion over the preceding seven years.

In early 2017, the company took another hit when it announced a $3.4 billion loss arising out of its U.S.-based Westinghouse nuclear construction subsidiary. It sold Westinghouse’s holding company to Brookfield Business Partners the following year.

The future remains uncertain. That is at least in some part up to the new chief executive, Taro Shimada. If he has his own ideas for a turnaround, the stalemate at the EGM may give him the space he needs to implement them. 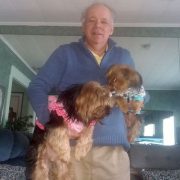