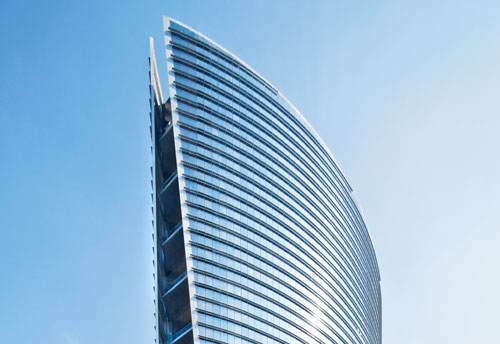 Infinity Tower began its operations in 2012 and GTIS Partners has managed all stages of the project development process, including construction, leasing, and asset management. The building has a total square footage of 376,700 and is valued at $277 million.

The deal “reaffirms that high quality real estate in Brazil remains attractive to investors,” said Tom Shapiro, president and CIO at GTIS. “Despite several economic cycles and the current debate about the need for office space, Infinity Tower has remained fully leased for almost a decade to some of the largest multinational corporations.”

The acquisition was carried out by three local engineering and real estate firms — Lucio, Omar Maksoud and AMY — which have been minority partners in the venture since 2007 and now own 100% of the asset. CBRE was exclusively responsible for the building’s sales process, while Itau BBA served as financer and exclusive financial advisor for the acquisition.

GTIS, which manages over $4.3 billion in gross assets with a focus on residential and industrial investments, is one of the largest real estate private equity firms operating in Brazil, with a portfolio including office, residential, logistics, hospitality and renewable energy investments.