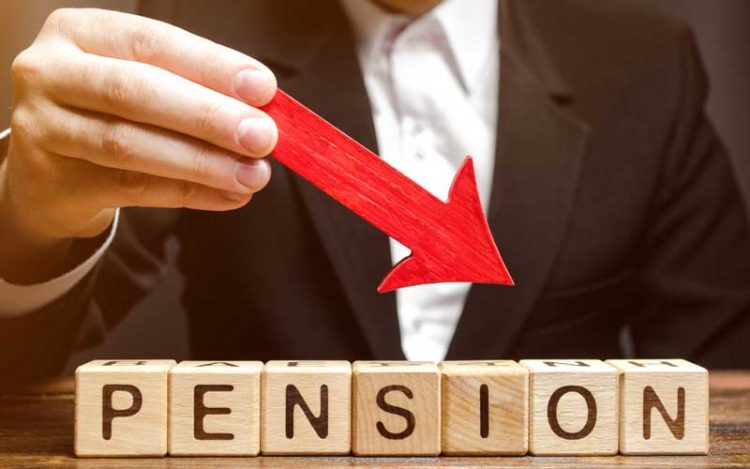 U.S. state and municipal retirement systems are likely to lose nearly half of 2021’s once-in-a-century investment gains this year, according to a new report by the bipartisan non-profit Equable Institute.

In reviewing the unfunded liabilities across the U.S. public pension system, Equable determined that the now $1.4 trillion shortfall is the largest single-year decline in these pensions’ funded ratio since the Great Recession.

Still, this level is lower than it was in 2020, when the shortfall was at $1.7 trillion. But since 2008 the challenges have been mounting even as interest rates stayed low and historic bull equity markets delivered strong gains through 2021.

“Public pension funded ratios would look a lot worse this year if there hadn’t been a wave of states lowering investment assumptions, ramping up contribution rates, and adopting risk-mitigation tools over the past decade,” said Equable Executive Director Anthony Randazzo in a statement. “In an era of substantial financial market volatility, state and local pension funds need policies that allow for automatic contribution rate and benefit adjustments to stabilize retirement systems when there are negative shocks like we’ve seen this year. Public pension funds are not going to simply invest their way back to fiscal health and resilience.”

The group predicts that the aggregate funded ratio will dip to just over 77% as investment gains go negative, accounting for investment portfolio losses of greater than 10%.

The report found that asset allocations have taken on even more risk though since the global financial crisis with a sizable shift toward riskier alternative investments. The share of assets allocated to hedge fund managers and private equity strategies has grown to 14.9%, up from 8% of allocations in 2008, according to Equable.

At the same time, states have dropped their investment assumptions. The average assumed rate of return is now 6.9%, below the 7% mark for the first time in modern history. There are now 83 state and local plans assuming investment returns below 7%, as of June 2022. In 2020, just 65 plans expected returns of 7% or less.

Government funding practices have improved, and more than a dozen states used budget surpluses and rainy-day funds to make supplemental payments this year.

Yet, since 2019, only 10 states have experienced a decline in their unfunded liability. Those states are: Minnesota, Oregon, Idaho, Nebraska, Montana, North Carolina, Vermont, Arkansas, New Hampshire, and Nevada. However, even with 2021’s stellar investment returns, only 42% of public retirement plans would be considered resilient.