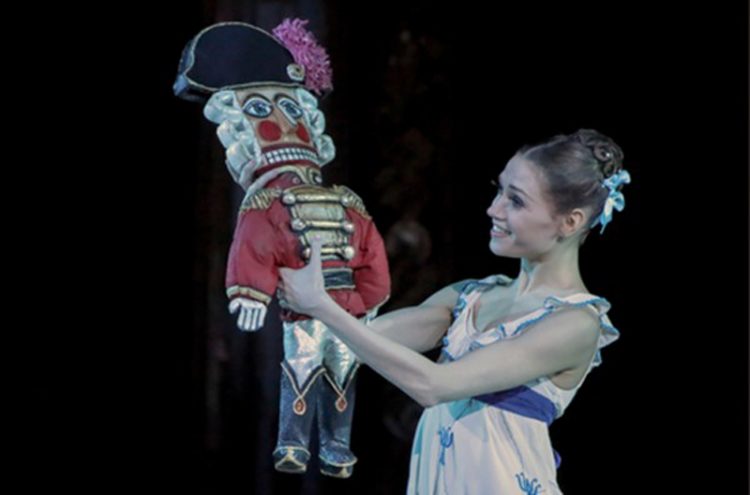 The marathon kicked off on Thanksgiving Day on Stage Access with nine different versions of the Tchaikovsky holiday classic. The streaming service is dedicated to music, opera, ballet and the performing arts and offers a free seven-day trial to all new viewers.

Lipnick joked that he has probably seen more productions of “The Nutcracker” than most, growing up seeing productions at New York’s famed Lincoln Center and seeing his own daughter perform over the years.

The formation of Stage Access, after winding down his emerging hedge fund investment firm Asset Alliance, has been a project that has fueled his passion for the performing arts and has afforded him the opportunity to work with celebrities such as Opera star Renee Fleming and actor Kelsey Grammer.

A total of nine Nutcracker productions are on the entertainment platform and vary from a hip-hop infused Nutcracker Reloaded (2016) from the Dansens Hus in Stockholm to The New York City Ballet production of George Balanchine’s The Nutcracker (2011). Also part of Stage Access’s Nutcracker selection, which will be available only until December 31: The Bonn Ballet’s 1991 staging; Staatsballett Berlin’s 1999 production; Der Nussknacker (2011) by Dresden Semperoper Ballett; the Royal Ballet’s 2018 production; and Casse-Noisette, performed by the Ballet Company of the National Opera of Ukraine in 2018.

Lipnick had the idea for the business while recovering from multiple surgeries following an accident. He sees it as a way not only to introduce new audiences to the stage, but also to support cultural institutions along the way by making historical performances available to new audiences. In his view, this in turn holds the potential to bring more audiences back to the theater after the pandemic.

Monthly, unlimited streaming memberships are just $7.99, or a full year for just $69.99. Stage Access is available across every major streaming platform in the U.S. and Canada: online, iOS, Android, AppleTV, Amazon Fire and Roku.

The streaming service is also production its own programming. These programs include: Yo-Yo Ma: Six Solo Bach Cello Suites from the Odeon, Athens; and The 3 Tenors: From Caracalla to the World – The 30th Anniversary Documentary. Next year a new release will be coming to IMAX theaters with the release of Renée Fleming’s Cities That Sing – Paris and Renée Fleming’s Cities That Sing – Venice.